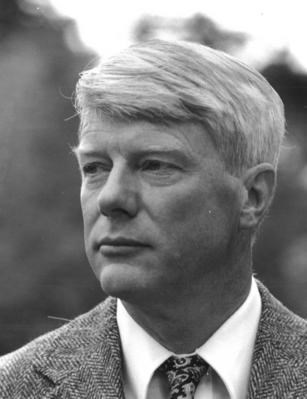 Middlebury - Nicholas Rowland Clifford died peacefully, surrounded by family, on Saturday, May 25th at his home at Eastview At Middlebury.

Nicholas was born on October 12, 1930 in Radnor, PA to Henry and Esther Clifford. He attended Episcopal Academy, St. Paul's School, and graduated from Princeton University in 1952. After Princeton, he served in the U.S. Navy as an intelligence officer from 1953-56 primarily in and around the South China Sea and Taiwan. After an honorable discharge he attended Harvard where he received his PhD in the history of British foreign policy. During his time at Harvard he met Deborah Pickman and they were married on June 22, 1957 just days after her graduation from Radcliffe College.

Nicholas taught briefly at MIT and Princeton before being recruited to teach and create the East Asian Studies Department at Middlebury College. While teaching he served as chair of the History Department and became the William R. Kenan, Jr. Professor of History. He also helped to create Chinese language studies at the College and served as the Dean of the intensive Chinese language summer program. He served as Vice President of Academic Affairs from 1979-1985 and as Provost from 1980-1985 and then again from 1991-1993. He retired in 1993 and spent several years on the Middlebury College Board of Trustees. He also served on the Connecticut College Board of Trustees following his retirement. In 2013 Middlebury College established the Clifford Symposium which invites students, faculty and scholars to explore a different topic at the beginning of each academic year.

In addition to teaching, he wrote histories of China most recently A Truthful Impression of the Country: British and American Travel Writing in China, 1880-1949 (2001) and Spoilt Children of Empire: Westerners in Shanghai and the Chinese Revolution of the 1920s (1991). He wrote a novel House of Memory (1994) after a visit to Shanghai during the Tiananmen Square massacre in 1989. And with his wife and historian Deborah Pickman Clifford he wrote The Troubled Roar of the Waters (2007) about the catastrophic floods in Vermont in 1927. He was a regular contributor to Commonweal Magazine, where he also served on the board.

As a young man, Nicholas was an avid mountaineer who climbed peaks including the Matterhorn and was among the first to summit Mount Saint Elias in the Yukon Territories. He continued to hike and walk throughout his life. He was also an avid photographer, reader and thinker who remained very involved in the communities in which he lived including Cornwall, New Haven and Middlebury, most recently, at Eastview.

He is predeceased by his beloved wife of 50 years, Deborah, and his brother Pier. He is survived by his four daughters and their husbands, Mary and John Tittmann of Cambridge, MA, Sarah and Ledlie Laughlin of Washington, DC, Susannah and Tom Blachly of Adamant, Vermont and Rebecca Clifford and Alessandro Panzani of Carmignano, Italy. He is also survived by 6 grandchildren: India Cooley, Nicholas Laughlin, Hester Tittmann, Henry Tittmann, Adam Blachly, and Alex Panzani.

A funeral will take place on Tuesday, June 11th at 10:00 a.m. at St. Mary/Church of the Assumption, 326 College St, Middlebury, Vermont with a reception to follow.

Arrangements are under the direction of the Sanderson-Ducharme Funeral Home.


Published by The Burlington Free Press on May 30, 2019.
To plant trees in memory, please visit the Sympathy Store.
MEMORIAL EVENTS
Jun
11
Service
10:00a.m.
St. Mary/Church of the Assumption
326 College St, Middlebury, VT
MAKE A DONATION
MEMORIES & CONDOLENCES
4 Entries
Our favourite LibriVox reader. His reading of Henry James's The American will never be forgotten.
What a sad loss for us!
Deborah Percy
January 1, 2020
Professor Clifford was an inspired professor of Chinese history and a caring, thoughtful mentor, as I wrote my senior thesis. He believed in me even when I did not. I will be forever grateful for his example - a wonderful, dedicator educator. -Krista Conley
June 10, 2019
Nicholas Clifford and his lovely wife were
lovely and patient scholarly researchers
at UVM Special Collections and Archives
for some years. Lets celebrate the end of a full
and classy life. He was a scholar and a gentleman
I shall miss both of them, having helped them
at UVM years ago. They don't make them anymore
as great and nice as the Cliffords!
God bless. My condolences to the family at this
bittersweet news. Prof Clifford is up in Paradise happy with his wife.
Peg Powell
May 31, 2019
May the God of all comfort strengthen the family of Nicholas Rowland Clifford during this time of deep sorrow. Those who pass on God keeps in his memory because they are precious in his eyes. My sincerest condolences. Psalm 116:15
J B
Friend
May 30, 2019
Showing 1 - 4 of 4 results