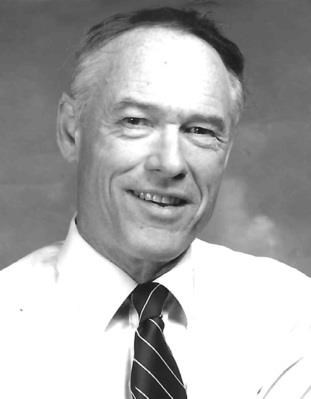 Essex - Peter S. Whitaker, 86, (former resident of Richmond, VT for 36 years) passed away peacefully on January 15, 2018 surrounded by the love of his family. He was the beloved husband of Marion (Shatts) Whitaker for 63 devoted years. Born in Salem, MA on April 4, 1931, he was the son of the late Carl and Dorothy (Trask) Whitaker. Pete grew up in Beverly, MA, attended Beverly High School, and graduated from Daycroft School in CT. He earned a Bachelor's Degree from Bates College in 1953 and a Master's Degree in Sociology from Boston University in 1956.

For many years, he worked for the YMCA as Executive Director; first in Saugus, MA, where he led a campaign to build a 13 acre family outdoor center which now serves several surrounding communities, and later in Burlington, VT, where he led a successful capital campaign to renovate and expand the YMCA building. After retirement, he worked as a tutor with special needs students at Camel's Hump Middle School and Mt. Mansfield Union High School. Having achieved the Eagle Scout award in his teenage years, he demonstrated his lifelong love of scouting through his work as Scout Master in both Saugus, MA and Richmond and Huntington, VT spanning 30 years. One of Pete's enduring and proudest legacies is the annual state-wide Veteran's Day Parade, the first of which he organized and directed in Richmond in 1999. He was an active member of First Church of Christ, Scientist Burlington.

Besides his wife, Pete is survived by four loving children: Cherry Reiniger and her husband Don of Southington, CT, Sarah Cochran and her husband Forrest of Underhill, VT, Rebecca Christensen of Salt Lake City, UT and Scott Whitaker and his wife Cindy, of Cedar Crest, NM. A son, David Whitaker and his wife Peggy predeceased him. He leaves nine adoring grandchildren and seven great-grandchildren. He is also survived by many nieces and nephews. A brother, Carl Whitaker and sister-in-law, Roberta preceded him in death.

Pete deeply loved and revered his family, God, people, nature, animals, and history. His enduring devotion to Christian service guided him throughout his entire life. Since moving to Vermont, Pete developed a love of gardening, beekeeping, and caring for his apple orchard. He valued fitness and loved sports, especially his beloved Boston Red Sox, Patriots, and Celtics. His love of antiques, which he shared with his wife, led him to the hobby of restoring old tools in his later life. He was an avid reader and never wanted to stop learning. His boundless optimism and energy for life were infectious; even till the end, his mega-watt smile could light up the room. Pete's life touched countless hearts, and he will be so greatly missed.

A memorial service will be held at a later date on April 15, 2018 at the Richmond Free Library in Richmond, Vermont from 2:00-5:00 PM with a reception following. There will be a private burial in Beverly, MA at a later date. In lieu of flowers, donations may be made in his memory to a charity of your choice. The family also invites you to share your memories and condolences by visiting www.awrfh.com.