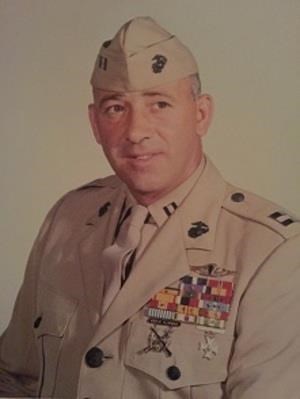 Vermont. He was born on March 9, 1930 in Brunswick, Maine, the son of the late Arthur and Rosa Benoit. Ron joined the Navy from 1947-1952 and the Marine Corps from 1953-1969 serving in both Korea and Vietnam. He came up through the ranks from enlisted to drill sergeant, and was selected as one of the original members of Force Recon in 1957. Ron then had the privilege of teaching NROTC at Brown University from 1962-1965 where he helped shape the lives of future Marine officers. He received his own commission upon deployment to Vietnam where he served from 1966-1967. Ron led a recon platoon where he received our nation's second highest honor, the Navy Cross. He also received the Bronze Star, two Purple Hearts, and the Vietnam Cross of Gallantry among other combat honors. Ron retired from the Marine Corps with the rank of Captain in 1969.

Ron worked for the Vermont Department of Employment and Training in Newport until 1987 and was then appointed as the Vermont State Director, Veterans Employment and Training (VETS) - US Department of Labor until his retirement in 1997. While Director, in 1996, he led the effort to recognize Vermont veterans with the authorization of the license plate for Purple Heart Medal recipients.

On June 12,1954 he married the love of his life, Barbara, who predeceased him in 2015. They were inseparable. Together they raised two sons, Stephen and Keith. Ron enjoyed reading, golf, vacationing with Barbara, his beloved Patriots and Bruins but mostly attending his children's and grandchildren's athletic events. He never missed a game. Ron was active in the community coaching Little League baseball and youth football, the NCUHS boosters, and was the Newport area coordinator for Vermont's first Green Up Day in 1970. Ron was known for his kindness, generosity, and sense of humor. He was devoted to his family and a true role model. Ron is survived by his sons: Stephen and wife Jayne of Essex, Vermont and Keith and wife Rachel of Naples, Florida. Three grandchildren: Jason, Michael, and Jessica and four great-grandchildren: Lia, Hannah, Joshua and Anberlin. He was predeceased by his two sisters, Loraine and Priscilla.

Ron influenced many along the way, from his family, his service to the State of Vermont, his mentorship at Brown, and his love for his fellow Marines. Semper Fi!

The family would like to thank the McClure Miller VNA Respite House for the loving care given to Ron as well as the Oncology staff at the University of Vermont Medical Center. Also, his friends and neighbors from Montpelier and the many Marines that kept in close contact with him throughout the years.

A full military honors burial will take place in the spring at the Vermont Veterans Cemetery in Randolph, Vermont followed by a celebration of Ron's life with family and friends.

Funeral Arrangements have been entrusted to the care of the Ready Funeral Home, 261 Shelburne Rd. Burlington VT. 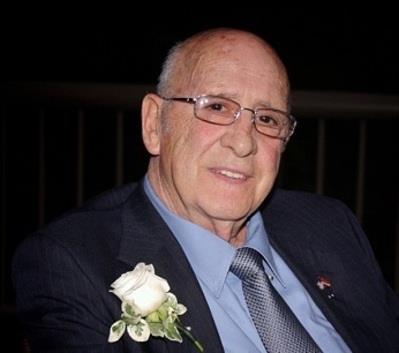 Published by The Burlington Free Press on Dec. 20, 2016.
To plant trees in memory, please visit the Sympathy Store.
MEMORIAL EVENTS
To offer your sympathy during this difficult time, you can now have memorial trees planted in a National Forest in memory of your loved one.
Funeral services provided by:
Ready Funeral Service, Inc.
MAKE A DONATION
MEMORIES & CONDOLENCES
Sponsored by Ready Funeral Service, Inc. South Chapel.
15 Entries
Our Country desperately requires more great men and women of honor with intelligence, leadership, courage under fire, and patriotism exhibited by Captain Benoit both in combat and on life's journey.

Semper Fi
Dick Hudak
May 13, 2017
One of God's own lunatics came to us as a giant disguised in the form of a small and modest man. What a privilege it was to have been recruited by him at Brown and to have honorably served in the USMC knowing full well I had to live up to his expectations. One of the greatest men I have ever known. David Taylor Brown 1966, Captain USMC
May 8, 2017
Ron Benoit had much to do with the shaping of my life in an incredible way. Without his influence I likely never have taken the Marine option at Brown. He has always bee a real life hero to me. I have no doubt he is hard at work squaring things away up there. He is missed.
Bob DeLuca
May 6, 2017
Manny Menezes
May 5, 2017
RIP Ron, Former babysitter at LeJeune for u and. Barbara. My Platoon Sgt in Force. Recon for two yrs. Semper Fi my friend Harry Aaron, Westwood, Ma
Harry Aaron
February 28, 2017 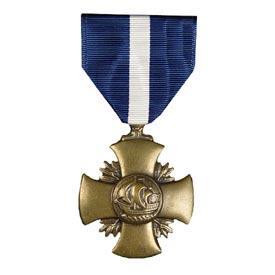 Here is "Recon" Ron Benoit's citation for the
NAVY CROSS - His team's call sign was Duckbill, and his was Duckbill 6 Actual


"The Navy Cross is presented to Ronald R. Benoit, Second Lieutenant, U.S. Marine Corps, for extraordinary heroism in action while serving as a Platoon Commander with Company D, First Reconnaissance Battalion, First Marine Division (Reinforced), Fleet Marine Force, in the Republic of Vietnam on 25 February 1967. Second Lieutenant Benoit and his platoon were inserted by helicopter deep into hostile territory on a reconnaissance mission. He and half of his platoon were in the first helicopter which landed in a heavily booby trapped and mined area, and immediately came under intense enemy small arms and .60 caliber machine gun fire. Quickly assessing the situation he exposed himself to the withering small arms fire to wave off the second helicopter. With extreme composure under fire, he immediately called for and directed artillery fire on the Viet Cong emplacements. Constantly exposed to enemy fire, he secured medical attention for his wounded, guided the second helicopter in and directed the evacuation of his wounded. While deploying the remainder of the platoon, a booby trap was detonated, killing one Marine, wounding others and rupturing Second Lieutenant Benoit's eardrums. At the same time his unit was hit again by intense enemy fire and although in extreme pain and almost totally deaf, he courageously and skillfully directed effective air strikes on the enemy. With the enemy fire suppressed, enabling the helicopters to land again, he expertly supervised the loading of the wounded and only after his entire platoon had been embarked aboard the aircraft did he allow his own retraction. By his extraordinary initiative, uncommon courage and complete disregard for his own safety, he undoubtedly saved numerous Marine lives, reflected great credit upon himself, the Marine Corps and upheld the highest traditions of the United States Naval Service."

Semper Fi, MARINE!
Eagle Eye 6 Actual
January 18, 2017
As the year ends, we can be thankful to have had Ron in our lives. He was a unique role model- as a husband, as a father and grandfather, as a friend, as a mentor, as a Marine - as a leader. We are all better for having known him.

"I have fought the good fight, I have finished the race, I have kept the faith."
2 Timothy: 4-7

Semper Fi, , Captain
Major Paul Kelly, USMCR(Ret)
December 31, 2016
Ron was a genuine hero. We so enjoyed his and barb. Miss him. They are with the Angels.
Eileen Doherty
December 31, 2016
What a life may God bless him and his wonderful family. Respectfully, Anthony J. Porta ( Ex-Navy)
anthony porta
December 20, 2016
I never had the honor or privilege to meet Mr. Benoit, however, it would have been awesome. I am happy to see he lived a great, long, life and he contributed in so many ways and areas.
Rest in Peace Marine, you finished your race. Semper Fi,
J Scott Glazener Sr
NCUHS 1973 Tex
SGT
USMC 1973 - 1977
J. Scott Glazener, Sr.
December 20, 2016
To the Benoit family, I am so sorry for your loss. I'm sure you will miss him dearly. Please find comfort in knowing one day we will see our loved ones again. John 6:40. Matthew 5:5.
Carey
December 20, 2016
So sorry for your loss. Praying for Gods grace and comfort to sustain you during this time
Steven Benoit
December 20, 2016
MARINE....

Few earn the Title "United States Marine"...
Once earned, they are a"Marine Forever"...

When they die, their Honor Clean, they appear before Heavens Gates and see two signs, Eternal Peace and Marines...
The Marine follows a path to a Quonset Hut,
Knocks Three Times and enters...
Inside he is greeted by two Marines, Colonel Lewis B. Puller and Sergeant Major Dan Daly...
The SgtMaj., hands the Marine a Quill Pen and Bottle of Red Black ink...
The Marine signs his name to The Duty Roster after which his Heavenly Robes Fade, replaced by Standard Marine Corps Issue...
The Marine smiles and does a right face out the Hatch to the Yellow Footprints to Muster as the USMC Old Glory Division...

The Marines purpose is clear, to fight the forces of Evil for All Eternity, under the command of the ultimate Commander-In-Chief GOD ALMIGHTY...

Dutch........
Dutch
December 20, 2016
My thoughts and prayers are with you. I look forward to being with you in the spring for Ron's burial. Ron was a special guy and it was an honor to get to know and spend some time with him.
Peace, Fr. Tim
Fr. Tim Sullivan
December 20, 2016
I had the privilege to meet & know Mr. Benoit through his son Steve. He & wife always attending our Little League baseball games. I never knew his heroism until visiting his office one day in Montpelier, Vt. I was truly moved, and thankful, how much he sacrificed for our freedom. But, then again Heroes never boast about their accomplishments. Mr. Benoit was truly one of a kind and a true Patriot. God Rest His Soul!
Timothy Keefe
December 20, 2016
Showing 1 - 15 of 15 results