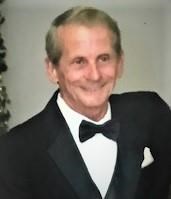 BORN
1939
DIED
2022
FUNERAL HOME
Geibel Funeral Home
201 E Cunningham St
Butler, PA
Albert B. "Feller" Heider, 82, of Butler, passed away, in the comfort of his home, Tuesday afternoon, Jan. 4, 2022.
Born in Bredinville, he was a son of the late Nicholas Heider and Marie (Timko) Heider.
He was a journeyman electrician for 30 years, retiring in 2001 with IBEW Union 5, where he had been vice president and an instructor for apprentices.
He was a member of All Saints Parish, St. Michael the Archangel Roman Catholic Church in Butler, the American Legion 778 in Lyndora, the Trapper Association of Pennsylvania, and the Butler Quarterback Club. He enjoyed hunting, fishing, trapping and spending time at his cabin in Marienville, which he had built.
A veteran, Albert served with the U.S. Navy.
Surviving is his wife, Brenda (Sheppeck) Heider, whom he married Aug. 21, 1965.
Also surviving are his children, Diana Heider of Butler, Carrie (Thomas) Catalano of Gibsonia, Melinda Heider of Erie and Feller (Julie) Heider of Butler; his six grandchildren, Lydia and Cameron Matteoni, Benjamin and Abigail Heasley, and Jack and Thomas Catalano; two sisters, Marianne (Ernest) Rockhill of Florida and Elena (Daniel) Gomola of Butler; a sister-in-law, Teddi Heider; and numerous nieces and nephews.
In addition to his parents, he was preceded in death by his brother, Nicholas Heider; and his nephew, Nicholas Heider.
HEIDER - Private services for Albert B. "Feller" Heider, who died Tuesday, Jan. 4, 2022, were held for his family.
Arrangements were handled by Geibel Funeral Home, 201 E. Cunningham St., Butler.
Donations may be made to the St. Vincent de Paul Food Bank, 146 North Monroe St., Butler, PA 16001.
For more information or to leave an online condolence, please visit www.geibelfuneralhome.com.
Published by Butler Eagle on Jan. 8, 2022.
To plant trees in memory, please visit the Sympathy Store.
MEMORIAL EVENTS
To offer your sympathy during this difficult time, you can now have memorial trees planted in a National Forest in memory of your loved one.
Funeral services provided by:
Geibel Funeral Home
MAKE A DONATION
MEMORIES & CONDOLENCES
5 Entries
So long my Union Brother, many days spent working & enjoying it with Heide-Ho
Eugene Gaughf
January 19, 2022
Knew Feller from neighborhood and grade school.Our sons also became friends. Sincere condolences to all the family. May he Rest In Peace.
Tom Ellis
January 8, 2022
to Feller's Family I am sorry to hear of his death, may he rest in peace.
Lee Mustello
Friend
January 8, 2022
We want to offer our most sincere condolences to Benda, the kids & grandkids as well as his sisters Marianne & Elena He was a great guy & one that we loved and will never forget.
John & Drucilla Pawk
Family
January 8, 2022
May we express our deepest sympathy to the families of Albert. He was a wonderful man & 1957 Butler High School graduate & classmate, who will be missed by all of us who had the fortune to know him for so many years. May he RIP!
Michael & Dee Dee Newcaster
School
January 8, 2022
Showing 1 - 5 of 5 results