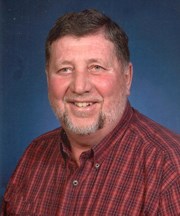 FUNERAL HOME
Schellhaas Funeral Home & Cremation Svcs., Ltd. - Bakerstown
5864 Heckert Rd.
Bakerstown, PA
David R. Reynolds, 68, of Kennerdell, passed away Wednesday.
David was the husband of 30 years of Marie Palamara Reynolds; the son of the late James and Eleanor Sullivan Reynolds; the father of Barbara (Eric) Czech, David (Carrie) Reynolds, Kelly (Michael) Stevanus, Terri (Eric) Stettmier, Robert (Leslie) McMichael, Lisa (Eric) Boehler and Megan (John) McMichael; the brother of Kathy Miller, Robert Reynolds and Nancy Worsen; and the brother-in-law of Glenn Kress and Gene (Janis) Palamara.
He is also survived by 25 grandchildren and nine great-grandchildren.
David was a retired union plumber with Plumbers Local 27, Pittsburgh.
He was a member of the NRA, the Franklin Elks, the Clarion Rod & Gun Club, the Serviceman's Club of Knox 720, the VFW Post 7505 of Mars and the Rockland Sportsman's Club.
Dave was an avid hunter and fisherman and most of all enjoyed spending time with his children and grandchildren.
REYNOLDS - A memorial Mass of Christian burial for David R. Reynolds, who died Wednesday, Feb. 15, 2017, will be at 10 a.m. Monday at the Holy Sepulcher Catholic Church with the Rev. Robert Cedolia as celebrant. Interment will follow at Rockland Cemetery, Venango County.
In lieu of flowers, donations may be made to the Holy Sepulcher Catholic Church, 1304 E. Cruikshank Road, Butler, PA 16002.
Arrangements are being handled by the Schellhaas Funeral Home & Cremation Services, Bakerstown.
Please offer condolences at www.schellhaasfh.com.

Published by Butler Eagle on Feb. 18, 2017.
To plant trees in memory, please visit the Sympathy Store.
MEMORIAL EVENTS
To offer your sympathy during this difficult time, you can now have memorial trees planted in a National Forest in memory of your loved one.
Funeral services provided by:
Schellhaas Funeral Home & Cremation Svcs., Ltd. - Bakerstown
MAKE A DONATION
MEMORIES & CONDOLENCES
4 Entries
Although I spent most of my adult life trying to imitate the man, it remains obvious how much I still had to learn from him. I can only hope that my life echoes the dream that he had once called his own. Selfishly I will always miss his fatherly advice and valued friendship. The easy laughs and deep conversations we shared will live on in my interactions with friends and family for the rest of my life. " Thanks for making me a better man." RIP PAP
Todd Tommaney
February 20, 2017
Mrs Reynolds, I was a golfing buddy of your husband. I only knew him a short time, but felt like I knew him a long time. he was a gentleman, very kind and respectful. Larry Shoup said he suffered a lot and gave it the good fight. I liked him a lot. May God comfort you in your loss. Elroy Hillwig
February 20, 2017
I watched you the last week and we knew how much pain you were in and there was nothing we could do. Dave you go high on that mountain with no pain. You and Gary are togather again. How lucky he is now.
Marie and family my heart hurts for you but love one another and we can all get through this.
LOVE YOU ALL.
SANDY
February 19, 2017
I will miss you.
Marie Reynolds
February 19, 2017
Showing 1 - 4 of 4 results