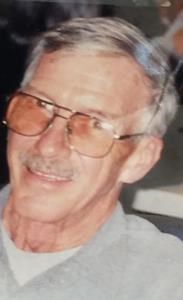 Everet was born April 12, 1942, at home in Unionville. He was the son of the late Lewis and Daisy Schantz Albert.

Everet graduated from Moniteau High School. He enlisted in the United States Navy in 1961. He served on the USS Windlass. He was honorably discharged in 1964.

Everet retired from Spang and Heckett at AK Steel in Butler as a heavy equipment operator. He enjoyed going hunting. Everet loved reading and watching westerns. He was an all-around Mr. Fix It and was happiest when working around his house and garage. He adored his grandchildren and looked forward to seeing them. Everet was a true animal lover, especially to his cats.

Everet was welcomed into Heaven by his parents and his brothers, Charles, Donald and George Albert.

Albert Sr. - A memorial service for Everet R. Albert Sr, who died Saturday, April 10, 2021, will take place at the convenience of the family.

The Jamison McKinley Funeral Home in Harrisville is assisting the family with arrangements.

Family and friends can email condolences by visiting www.jamisonfuneralhome.com

Published by Butler Eagle on Apr. 12, 2021.
To plant trees in memory, please visit the Sympathy Store.
MEMORIAL EVENTS
To offer your sympathy during this difficult time, you can now have memorial trees planted in a National Forest in memory of your loved one.
Funeral services provided by:
Jamison Funeral Home
MAKE A DONATION
MEMORIES & CONDOLENCES
1 Entry
Wonderful guy to work with and a talented operator I have a lot of special memories
Tim Worley
Coworker
April 19, 2021
Showing 1 - 1 of 1 results