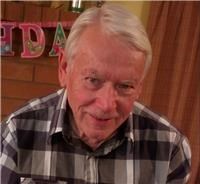 BORN
1937
DIED
2021
Michael Leroy Rudert, U.S. Air Force retired, died Aug. 30, 2021, leaving behind his sons, Allan Leroy Alessio and Brian Lee Rudert, and seven grandchildren. He was 84 years old.
He was born March 15, 1937, in Saxonburg, to his parents, Melvin Leroy Rudert and Eleanor Luciele (Hindman) Rudert.
Michael was stationed in Aviano, Italy, where he met his wife, Livia Nella (Alessio) Rudert. With four children and his loving wife in tow, Michael was stationed throughout the U.S. and Italy. They lived in Italy, Georgia, Florida, Colorado and Illinois, before settling in California, raising their four children along the way, Judy Rudert, Allan Alessio, Sabrina Rudert and Brian Rudert.
Michael enlisted into the military at the age of 17, and was called to join the military in the 11th grade at age 17. A military man, Michael toured Vietnam in 1969 to 1970, before spending most of his military career at Mather Air Force Base as a flight simulator technician, where he received an honorable discharge on June 5, 1975. He then earned a degree from American River College, and worked for the State of California as an accountant until retirement.
RUDERT - There will be a service to honor Michael Rudert, who died Monday, Aug. 30, 2021, at 11 a.m. Friday, Sept. 17, 2021, at St. John Vianney Parish, 10497 Coloma Road, Rancho Cordova, Calif., where he will be interred with Livia and Sabrina.
Published by Butler Eagle on Sep. 11, 2021.
To plant trees in memory, please visit the Sympathy Store.
MEMORIAL EVENTS
Sep
17
Memorial service
11:00a.m.
St. John Vianney Parish
10497 Coloma Road, Rancho Cordova, PA
MAKE A DONATION
MEMORIES & CONDOLENCES
1 Entry
Too bad I didn't get to see again. Will be in Ore. in Oct. I know you will miss him.
linda carroll
Family
September 13, 2021
Showing 1 - 1 of 1 results