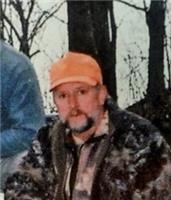 FUNERAL HOME
Spencer D. Geibel Funeral Home & Cremation Services
140 New Castle Rd.
Butler, PA
Paul C. Fleeger Jr., 66, of Fenelton, passed away Thursday, Sept. 9, 2021, at his home, surrounded by family, after losing a hard-fought battle with cancer.
Paul was the son of the late Paul C. and Mary (Landgraf) Fleeger Sr.
He was an avid hunter and fisherman who loved to camp. He was the longest standing member of the Oneida Bow Hunters and also belonged to the Buffalo Valley Sportsmen's Club. Paul was a firm believer that there was nothing that a beer couldn't fix and was seldom seen without one.
Left to cherish his memory is his wife, Mary (Eyth) Fleeger; his daughter, Casandra (Dave) of Harmony; his son, Landon (Andrea) of Butler; a stepson, Mike Dowell of Fenelton; and two granddaughters, Leighton and Adley.
He is also survived by the mother of his children, Mary Kay Bell; two brothers, William (Joyce) of State College and Bruce (MaryEllen) of Suffolk, Va.; his sisters, Diane (William) Ragan of Butler, Gloria Harkus of Renfrew, Joan Rhodes of Butler and Mary Ann Schubert of Connoquenessing; and sister-in-law, Judy Fleeger of Renfrew plus numerous nieces and nephews.
Along with his parents, he was preceded in death by his brother, Gary.
Fleeger Jr. - A memorial service will be announced at a later date for Paul C. Fleeger Jr., who died Thursday, Sept. 9, 2021.
All arrangements through SPENCER D. GEIBEL FUNERAL HOME & CREMATION SERVICES, 140 New Castle Road, Butler.
Please visit www.spencerdgeibel.com.
Published by Butler Eagle on Sep. 13, 2021.
To plant trees in memory, please visit the Sympathy Store.
MEMORIAL EVENTS
To offer your sympathy during this difficult time, you can now have memorial trees planted in a National Forest in memory of your loved one.
Funeral services provided by:
Spencer D. Geibel Funeral Home & Cremation Services
MAKE A DONATION
MEMORIES & CONDOLENCES
4 Entries
Diane and families, you have my sympathy in the passing of your loved one.
Marjorie E Pifer
September 13, 2021
Paul was a great neighbor in the 80's and 90's always friendly and interested in hunting and fishing. My deepest sympathies go out to his family!
Ted Bart
September 13, 2021
I'm so sorry to hear about Paul what a super nice guy he will be missed I met him through his friends
Marleen Bachman
Friend
September 13, 2021
Grief can be so hard, but our special memories help us cope. Remembering you and your loved one today and always.
Paul C. FLEEGER Jr.
September 10, 2021
Showing 1 - 4 of 4 results