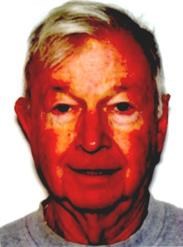 FUNERAL HOME
Fox Funeral Home
410 W. Main St
Saxonburg, PA
Robert G. Noah, 81, of Valencia, formerly of Butler, died peacefully Saturday at home surrounded by his family.
He was born April 22, 1935, in Pittsburgh, a son of the late Harvey Noah and the late Evelyn Noah.
Bob was a 1953 graduate of Brentwood High School in Pittsburgh.
Bob graduated from Penn State in 1957 with a degree in electrical engineering. He was a proud member of Delta Upsilon Fraternity. He participated in the ROTC program while at Penn State. Upon graduating in 1957, he entered the Air Force as a second lieutenant serving as an airborne electronic officer. Upon discharge from active service in 1960, he joined the U.S. Air Force Reserves for another 12 years and retired with the rank of major.
In 1960 Bob began working for Magnetics in Butler as an application engineer. During his tenure, he became an expert in the field of magnetic materials and applications in inductive related products. He was highly respected by design engineers in the aerospace, power supply and defense industries relating to magnetic, radar and RF telecommunications.
Bob frequently attended trade shows representing Magnetics where numerous clients would seek him out. He spoke at several seminars and has published articles in several trade magazines.
Not only was Bob a highly competent electrical engineer, he was also a very engaging individual on a personal level. He had a quiet sense of humor and this spilled into his professional life as well.
He retired from Magnetics in 1996 as product manager reporting directly to the president of the company.
He is survived by his wife of 58 years, Barbara Ann Simler Noah. Also surviving are two sons, Brian (Martha) of Butler and Wayne (Darleen) of Cranberry; one daughter, Susan, (Reginald) Franciose of Vail, Colo.; six grandchildren, Marie Grace, James Patrick, David Joseph, Rachel Elizabeth, Christopher Andrew and Emily Grace; his beloved, German shepherd, Sable; his sister-in-law, Nancy Noah of Pittsburgh; his nephew, Ken Noah and his sons of Ohio; and his niece, Beth Noah Kirchner and her sons of Pittsburgh.
He was preceded in death by his brother, Donald Noah.
Bob was a member and past president of the Penn Township Planning Commission for the past 40-some years and was a proud 20-year member of the Butler Lions Club. Bob was awarded "Lion of the Year" in 2001 and 2002.
Bob was an ardent bridge player and an avid sports fan. Most Saturdays and Sundays were spent cheering on his beloved Nittany Lions, Steelers and Pirates. He enjoyed playing golf and was passionate about fishing. Many hours were spent fishing in Thorn Creek on Winters Road and trips with buddies in Canada.
Bob loved gardening and will be remembered as the "green grocer." He shared vegetables with friends and family all summer long for years and was known for his homemade Salsa.
Bob and Barbara enjoyed years of traveling with friends and family, camping, skiing, hosting dinner parties, and picnics with children and grandchildren, all of which provided a storehouse of humorous stories and wonderful memories.
Bob was very appreciative of the many calls, cards and visitors he received during his illness. The family would like to extend special thanks to the staff and caregivers of the Valencia Woods Nursing facility, the St. Barnabas Home Health agency, and the hospice agency for their care and compassion and the many new friends and neighbors from the Woodlands.
NOAH - The interment of Robert G. Noah, who died Saturday, March 25, 2017, will be private.
A celebration and blessing of life service with family and friends will be in late May in Gibsonia.
Memorial donations in Bob's name may be sent to Lions Club, P.O. Box 1905, Butler, PA 16003.
Condolences may be offered for the family at the Fox Funeral Home, Saxonburg, at www.foxfuneralhomeinc.com.

Published by Butler Eagle on Mar. 28, 2017.
To plant trees in memory, please visit the Sympathy Store.
MEMORIAL EVENTS
To offer your sympathy during this difficult time, you can now have memorial trees planted in a National Forest in memory of your loved one.
Funeral services provided by:
Fox Funeral Home
MAKE A DONATION
MEMORIES & CONDOLENCES
0 Entries
Be the first to post a memory or condolences.