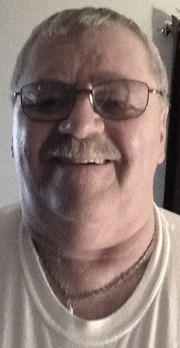 BORN
1950
DIED
2019
FUNERAL HOME
Hile Funeral Home
128 Main St
Karns City, PA
Thomas P. "Tom" Hile, 68, of Karns City, passed away Thursday at his home.
Thomas was born July 18, 1950, in Karns City. He was the son of the late Paul F. "Pee Wee" and Betty I. McElravy Hile.
In his earlier years, Tom attended the Church of God of Prophecy in Karns City.
Tom was a 1969 graduate of Karns City High School and was a U.S. Army veteran.
He enjoyed playing softball and was an avid Steelers fan.
He was a member of the Bradys Bend American Legion Post.
He retired from the parts department at Kelly Chevrolet in Butler.
Tom is survived by his daughter, Stephanie L. Hile of Chicora; two grandchildren, Marissa Simmons of Chicora, and William S. Simmons III of Butler; a brother, Gary W. Hile of Fairview; an aunt, Armeida McElravy of Karns City; as well as a number of nieces, nephews, and cousins.
In addition to his parents, he was preceded in death by a brother, James Lee Hile.
HILE - Friends of Thomas P. "Tom" Hile, who died Thursday, March 28, 2019, will be received from 12 to 2 and 6 to 8 p.m. Sunday and 10 to 10:45 a.m. Monday at Hile Funeral Home of Karns City, 128 Main St., Karns City.
A funeral service will follow at 11 a.m. Monday at the funeral home with Tom's cousin, the Rev. Robert G. Hile Jr., a Church of God of Prophecy Bishop, officiating.
Military honors will be accorded at the funeral home by the Chicora, Bradys Bend, and East Brady American Legion Posts.
Memorial contributions in Mr. Hile's name may be made to any charity which benefits veterans.
Online condolences may be sent by visiting www.hilefh.com.

Published by Butler Eagle from Mar. 29 to Mar. 31, 2019.
To plant trees in memory, please visit our Sympathy Store.
MEMORIAL EVENTS
To offer your sympathy during this difficult time, you can now have memorial trees planted in a National Forest in memory of your loved one.
Funeral services provided by:
Hile Funeral Home
MAKE A DONATION
MEMORIES & CONDOLENCES
2 Entries
deepest sympathy on passing of your father.jerry scherer
March 30, 2019
I am so sorry about the passing of your dad you have my sympathy.
Marleen Bachman
March 29, 2019
Showing 1 - 2 of 2 results