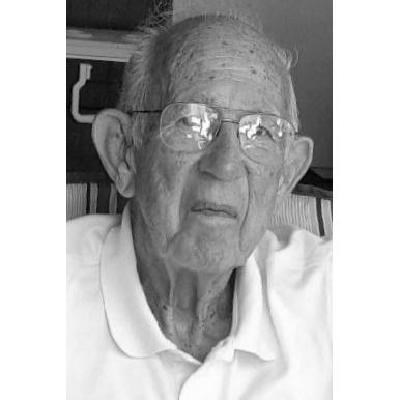 David was born in Harlingen, Texas to James Oran and Vera Louise Ward Bruce. He graduated from Corpus Christi High School in 1949. David then went on to pursue his education at the University of Texas at Austin. After his father suddenly passed away, David heard a new calling to become a doctor. He attended medical school at Kirksville College of Osteopathy and Surgery in Kirksville, Missouri from 1958 to 1962.

David married the love of his life, Jeri Lewis, in 1949 and the pair remained happily married for 61 years, raising 4 children, 9 grandchildren, and 12 great grandchildren.

David was a well-loved physician by many people for more than 25 years. After a brief retirement he returned to the medical field practicing Occupational Medicine in Alice, Texas from 1992-2016.

David was very involved in his community for many years. He served on the Calallen School Board for over 16 years and he served as President for 10 of those years. David enjoyed coaching many little league teams. He was very involved with the Calallen Booster Club and could be spotted frequently at sporting events. David also served as Chief of Staff at Corpus Christi Osteopathic Hospital.

David and other local doctors flew to Guatemala on a humanitarian mission to help after the earthquake of 1976. After Hurricane Celia he was stitching people up in front of headlights. He was always willing to help anyone in need at any hour of the day.

David loved golfing and he and Jeri shared the love of flying planes. If he wasn't on the golf course or in the air, he would be on the water. He had a salt water soul and he was an amazing fisherman. In his later years he enjoyed restoring old cars with his good friends.

David enjoyed seeing all his old patients and friends at local restaurants and hearing all the old stories. He was a one of kind man and will be greatly missed.

A special thanks to Dr. Badruddin and the Riverside staff for all the care and love given.

In lieu of flowers memorial donations can be made to Allies Haven Animal Rescue, allieshaven.org, PO Box 151731, Fort Worth, Texas 76108 or Calallen Education Foundation 4602 Cornett Drive, Corpus Christi, Texas 78410.
Published by Corpus-Christi Caller-Times from Mar. 15 to Mar. 18, 2018.
To plant trees in memory, please visit the Sympathy Store.
MEMORIAL EVENTS
Mar
16
Celebration of Life
2:00p.m.
Arlington Heights Church of Christ
TX
MAKE A DONATION
MEMORIES & CONDOLENCES
10 Entries
Dr. Bruce was another fine doctor my parents took us to to when we were ill. Growing up in Calallen he was not only well known but loved. Say hello to my parents and Dr. Hand. The Frank Trevino family.
Connie Trevino-Guillen
March 21, 2018
My condolences to you, Tammy, and to all friends and family of your precious father.
Louise Fish
Teacher
March 19, 2018
Growing up, Dr. Bruce was my pediatrician, my best friend's father, and the man who opened his home to me and my sister for a short time. He was always kind and graciousa life well-lived.
Julie Glover Parker
Friend
March 17, 2018
Tami, I'm so sorry I didn't see this in time to attend the service. I think of you and your family often, remembering days long past. I hope you are doing well. Blessings,
Dottie Ewing
Dottie Ewing
March 17, 2018
My sincere sympathy to the Bruce family. I have many fond memories of high school fun with Jeri and David and a life time of friendship with them and Jeri's family.
Bonnie Sevier Comuzzie
March 16, 2018
When I was in high school, Dr. Bruce took me and my sister into his home to live there temporarily during a low point in our lives. He was an incredibly caring and patient and wonderful man, and he will be missed. My sincere condolences.
Bonnie Knecht
March 16, 2018
Tami, My Sincere Condolences.
John White
March 15, 2018
Dr. Bruce was an amazing man & will be dearly missed. His wife Jeri, himself & nurse Jan were ALWAYS there for our family (Ortiz). I remember as a child when we had to go to the doctor it was always a good experience. We were greeted by such a sweet group and Dr. Bruce. You will be greatly missed by family & friends. May he RIP
Yolanda Bickle
March 15, 2018
Our Dr. for many years from 60's . A wonderful dedicated Dr. we cared for very much. Jeri was always by his side. Blessing's to the family.
Bob & Barbara Clawson..
March 15, 2018
My niece, Misty Mostella Drumright gave Dr. Bruce his longtime nickname, PaPa Doc when she was very little. I had the pleasure of knowing PaPa Doc & Jeri for many years. They would often be at several of our family celebrations. I worked at CC Osteopathic Hospital & would see PaPa Doc nearly everyday. He was an amazing
physician. He was my children's doctor. I loved
PaPa Doc, Jeri & their family. I pray that God
will comfort you, bring peace to each of you.
Always know, his memory is just a thought away.
Love, Ruby Shoe
Ruby Shoe
March 15, 2018
Showing 1 - 10 of 10 results