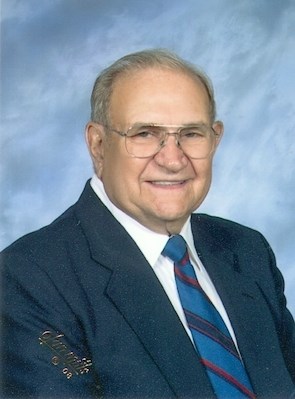 Henry was born on January 11, 1931 in Three Rivers, Texas to Henry and Monika Moser. He played football, baseball, and basketball at Three Rivers High School, participated in FFA, and graduated in 1948. His career started with Western Natural Gas, which was purchased by Sinclair, which then became ARCO Oil and Gas, which was bought out by British Petroleum Oil. He progressed from a truck driver in Texas to a Flow Measurement Supervisor on the North Slope Oil Fields of Alaska. He has four children from his marriage to his first wife, Jo Ann.

Henry was a hard-working man, a good provider for his family, and a loving and caring husband. He enjoyed fishing, hunting, cooking, canning, and gardening - invoking memories of green grape pie, homemade beer, and homemade sauerkraut. He was an avid reader with a special interest in Texas history, loved animals, and enjoyed telling stories about his many life adventures. He took great pride in his German heritage and still has many cousins in Germany.

The family would like to express their gratitude towards Rosann Rust and Chris Moehring.

Instead of floral remembrances, the family suggests that donations can be made to the American Cancer Society or The Humane Society or to honor Henry's memory.