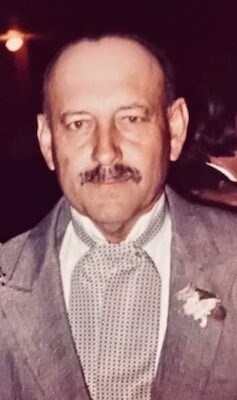 Robstown - Isaias M. Rodriguez, Sr., 85, was called to be with our Lord on June 19, 2021. He was born on March 31, 1936, in Yorktown, DeWitt County, Texas, to Natividad and Eva Rodriguez. He started as a Tow Truck Driver, then Mechanic at Bob Lacy Ford, finally an Independent Truck Driver while being a life-long resident of Robstown, Texas. A loving provider, husband, and father for over 60 years, Isaias will be remembered for his hard work ethic and love for his entire family. He loved singing at Monte Sinai Church and then El Coro Inspiración Alegre at St. Anthony's Church. He epitomized his trucking handle as the "Money Maker" and loved to joke, laugh, and bring humor to any situation. His attitude of love and laughter made him a magnet for many around town and especially family and friends.

He is preceded in death by his parents, two brothers Daniel (Teresa) and Samuel (Alicia) Rodriguez, a sister Maria (Jesus) Torrez and grandson Spig.

He is also survived by his sisters Rosa (Ruben) Garcia, Eva (Roel) Lopez and Guillerma Caballero. He was beloved immensely by his family and especially his sisters in law, several cousins, nephews, and nieces.