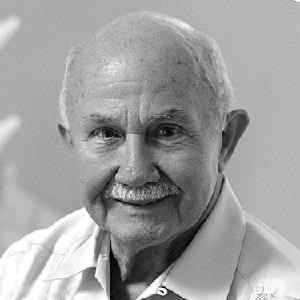 Jack Amabilis Colmenero passed away at his home after a long illness in the evening of December 18, 2016. Jack was born in Corpus Christi, Texas, on September 29, 1935, to Arturo Santiago Colmenero and his mother Zenaida Amabilis Colmenero. His mother passed away soon after giving birth to Jack's younger brother George nearly four years later. Jack and George's aunt and uncle, Dora and Fausto Colmenero helped raise the brothers until Arturo was remarried to Elia Vann Colmenero in 1954.

Jack had the unique distinction of serving in the U.S. Navy until May of 1958 and then reenlisting into the U.S. Army until September of 1960. Jack was married to Nelda and had two sons Jack Jr. and Jason Colmenero.

He founded Coastal Home Designers in 1961 and is responsible for over 4,800 homes and commercial buildings from Corpus Christi to Austin to The Rio Grande Valley. Homes and building of his design line the streets from Ocean to Saratoga and are noted for their presentation and appeal. Jack was a member of the Corpus Christi Southside Rotary Club and served as its President in 1982.

Jack was remarried to Armilda "Amy" Colmenero in 1990 and they remained husband and wife till his death. Jack's passed with his wife, family and friends beside him at the age of 81.

Jack was preceded in death by his brother, George and his stepbrother, Marcus "Tony" Vann.

He leaves behind his wife, Amy, his sons Jack Jr., and Jason, a stepsister, Josephine Weichart, his youngest brother Carlos G. "Jerry" Colmenero and four grandchildren and three great-grandchildren.

There will be a private burial with the family at a later date.
To plant trees in memory, please visit our Sympathy Store.
Published by Corpus-Christi Caller-Times on Jan. 5, 2017.
MEMORIAL EVENTS
Jan
7
Memorial service
10:00a.m.
Our Lady of Perpetual Help Church
5830 Williams Dr, Corpus Christi, TX
Jan
7
Funeral Mass
10:30a.m.
Our Lady of Perpetual Help Church
, TX
MAKE A DONATION
MEMORIES & CONDOLENCES
2 Entries
Armilda,
Our thoughts and prayers are with you during this difficult time. We are so sorry for your loss.
Barbara Grant Davis
January 6, 2017
OUR CONDOLENCES TO THE COLMENERO FAMILY
WE ARE VERY SORRY FOR YOUR LOSS...JACK WAS VERY DEAR TO HEARTS AND WE TREASURE HIS FRIENDSHIP ALWAYS....WE THANK HIM FOR ALL HE DID FOR BOBBY'S HEALTH. HE WAS A GREAT INFLUENCE...GOD BLESS YOU AND THE FAMILY