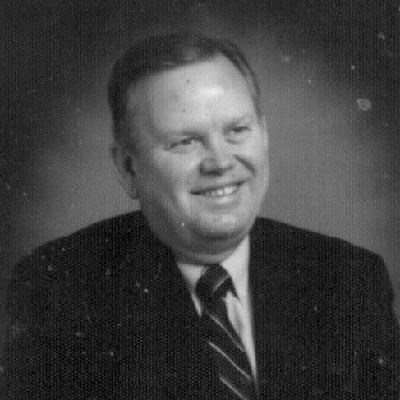 On March 3rd, 2018, Robert Charles Abbott, Sr., passed away peacefully at the home after a long illness with his loved ones at his side.

Robert "Bob" was a loving and caring husband, father and friend. It's been said Bob would give you the shirt off his back and was a friend to all. He will be greatly missed.

Bob was born in Corpus Christi on July 22nd, 1938 to O. Roy and Verlene Abbott and lived there until his retirement when he relocated to Harlingen, Texas.

Bob graduated from from W.B. Ray High School in Corpus Christi and continued his education at Texas A&I University graduating with a Bachelor's in Business Administration.

Bob's successful career included sales positions in the furniture business, oil industry and culminated with his owning and operating Abbott Roofing Company from which he retired in 2009..

Bob met the love of his life, Judy Kay Allison whom he married in 1960. They were married for 57 years and they were blessed with four children.

Bob was involved in numerous civic organizations. He was past president of the Bucarraders; A 50 year member of the Masons, original Lodge #1337 and Past Master; Alamin Shriners, and a former Navy Reservist and pilot.

The family would like to thank his caregiver William Castillo, Dr. Robert Minor, Dr. Charles Mild and the PCC staff at Valley Baptist Medical Center for their compassionate care given to Bob these past few months.

Services are under the direction of Heavenly Grace funeral home, a Dignity Memorial Provider. Visitation Wednesday, March 7th, 2018, 3:00 - 9:00 p.m. Graveside service at 1:30 p.m. Thursday, March 8th, 2018 at Mont Meta Memorial.
To plant trees in memory, please visit our Sympathy Store.
Published by Corpus-Christi Caller-Times from Mar. 6 to Mar. 7, 2018.
MEMORIAL EVENTS
Mar
7
Visitation
3:00p.m. - 6:00p.m.
Heavenly Grace Funeral Home
26873 N. White Ranch Road, La Feria, TX
Mar
8
Graveside service
1:30p.m.
Mont Meta Memorial
, TX
Funeral services provided by:
Heavenly Grace Funeral Home
MAKE A DONATION
MEMORIES & CONDOLENCES
Sponsored by Heavenly Grace Funeral Home.
7 Entries
So sorry for your loss. Jesus wept after the death of his friend Lazarus. John 11:35 We weep along with you. HIs example was written in the Bible to give us hope . Rom. 15:4
March 14, 2018
Judy and family. Sorry to hear this news, I had no idea of his illness.
Did not know you all had moved back to the Valley.
I will never forget us being in the ship channel, and the ship on top of us. Bob was so cool and relaxed
Even when we got hauled into Aransa Pass.
We left them on the sailboat and you and I got a room.
Bob was so funny that morning. We all sat around and laughed.
That is how I remember Bob the best.
God Bless you all.

Sue Fey Young
March 9, 2018
Judy,so sorry to hear of Bob's passing. ...Bob and I spent many so many hours and years flying our airplane all over the country.
He had such a great sense of humor,and I can still hear him saying when we met " boy, I have been worrying about you "

RIP Bob, there is no need to file IFR, ...it's clear and unlimited visibility all the way !!!!

Don Sitton
March 7, 2018
Please accept my heartfelt condolences. I'm so sorry for your loss. May the God of all comfort be with you to comfort you and give you strength during this difficult time.
March 7, 2018
We send our heartfelt condolences. We pray God draws you closer during this time of mourning and healing. John 6:44
V Family
March 7, 2018
to the Abbott family, I am so sorry for the loss of your husband, father, grandfather and great grandfather. Mr & Mrs. Abbott were always so kind to open their doors to let us teen age kids have sleep overs with Missy after skating on a Saturday night. Condolences, Brenda M. (Doty) Harris.
March 6, 2018
Judy and family, so sorry for Bob's recent medical struggles, and for the loss all of you have suffered. His wonderful picture here brings a smile to my face in his memory. His warm, and ever present smile, it always put everyone he encountered at such ease. God's speed and love to all of you . Dale and Fred
Fred Riepen
March 6, 2018
Showing 1 - 7 of 7 results