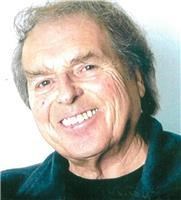 Born in Appleton, Wisconsin, December 17, 1937 to Donald James Dexter Sr., and Marcella Marie Dexter (née Schiltz). Don would go on to become a musical prodigy with a storied career working alongside music legends and helping to produce award winning films.

Don's music education began at eight-years-old studying piano and then transferring over to drums at age 10-year-old where he played in a Scout Drum Corps until age 15. He played his first professional gig for money at age 15 with an Appleton group called the Downbeats. After high school Don Joined the U.S. Marines and spent three years playing and traveling with Marine Bands. He played 18-months with the Fleet Marine Force Pacific band that traveled over much of the Far East. After an honorable discharge he went back to Wisconsin and began playing with a Rockabilly/Rock & Roll group called Jerry Cole and the Flaming Coles. Not agreeing with Wisconsin winter weather, he packed up and headed west three-months later.

Before moving to Colorado from Los Angeles, Don was director of film and video for music legends, Warner Bros. platinum artists Seals & Crofts.

His vibrant past history includes playing drums in Hollywood with famous artists and music legends, performing as a studio musician, in movies and on national TV programs as well as working as an award-winning film and video producer/director, as well as being a college professor in Colorado.

Don also performed with hit artists on the NBC Johnny Carson Tonight show, The Ed Sullivan Show on CBS, numerous Rock & Roll specials on the ABC Network, along with a number of made for TV movies, and a Bob Hope Special. Don worked and recorded with Frankie Avalon in six movies, two were made for TV.

The most memorable moment for Don was playing a standing room only concert at Carnegie Hall in New York with Glen Yarbrough in November of 1967. This was a goal Don set as a young teenage musician. In addition Don was part of an experimental studio group in Hollywood in 1968 called, The Id. The Id produced an album on RCA called, "The Inner Sounds of the Id." The album sold 240,000 copies and became a cult favorite with underground radio stations.

Don treasured his time with his wife Sandy, and they worked together on many projects such as scripts for films and national magazine articles. Don greatly enjoyed cinematography, bow-hunting, music, still photography, and documentary storytelling.

In 2003, Don Dexter was inducted into the Rockabilly Hall of Fame in Nashville, TN. (See his webpage http://rockabillyhall.com/DonDexter1.html )

He has taught film and video at UC-Colorado Springs, Pikes Peak Community College, the Colorado Film School, and The Art Institute of Colorado. Don was awarded an, "Instructor of the Year Award," along with numerous Outstanding Achievement awards as an educator.

Since the mid-1980s, Don has been recognized by his peers with more than fifty national and regional awards as a producer/director. In September of 2010, Don won the, "Best Documentary Director Award" at the Colorado Film Festival. The documentary he directed and produced earned the, "Best Short-Form Documentary" award.

Six times he received Emmy recognition along with nine Emmy nominations. In addition, in 2016 Don received his seventeenth national Telly Award for a documentary that was broadcast on the Rocky Mountain PBS Network.

Don has an extensive background in TV/radio broadcasting as well as 20 years with producing film and video with his own company, Wolf River Productions. His work has been broadcast on commercial television, PBS stations, The History Channel, The Biography Channel, and webcast over the Internet. His favorite documentary that he directed and produced was a labor of love called, "Camp Amache: The Story of an American Tragedy." This film won three national awards and was broadcast on numerous PBS stations.

Don was a good man who was gentle and kind and always made an effort to help others. He loved his family and lived his life with much passion. Respected and loved by many, Don will be greatly missed by family, friends, former students and colleagues.

To quote one of Don's friends, "Don Dexter was a shooting star and all of us will long live in his afterglow."

He was preceded in death by his parents, Donald James Dexter Sr., and Marcella Marie (Schiltz), a sister Nancy Haase, and beloved daughter Sarah Rose Dexter.

A very special thanks to all the wonderful ladies who cared for Don over the past months, he looked forward to your visits every day.

A reception gathering will take place at 1:00 p.m. October 20th at Wilson Funeral Home, 1449 South 9th Street in Canon City.
Graveside services were held at Mountain Vale Memorial Park off of Highway 115, at 1:00PM for family and the Baha'i' community on October 5th, 2018.

Don was an active member of the Baha'i Faith. People may contribute donations to the Sangre de Cristo Hospice Center at 601 Greenwood in Canon City in lieu of flowers.

Services have been entrusted to Holt Family Funeral Home. Online condolences, www.holtfamilyfuneralhomes.com.
Published by The Canon City Daily Record on Oct. 9, 2018.
To plant trees in memory, please visit the Sympathy Store.
MEMORIAL EVENTS
Oct
20
Memorial Gathering
1:00p.m.
Wilson Funeral Home
1449 South 9th Street , Canon City, CO
Funeral services provided by:
Wilson Funeral Home
MAKE A DONATION
MEMORIES & CONDOLENCES
Sponsored by Wilson Funeral Home.
9 Entries
Besides my father, no man has had the impact on my life that Don Dexter did. He took a 16 year old with a huge interest in radio, but no work ethic and poor study habits and turned him into the person I am today. I'm still in radio 40 years after being Don's student. He believed in me, he encouraged me, he mentored me and he changed my life. Reading his life history, he was also incredibly modest considering all he accomplished in his life.
David Kibler
Student
January 19, 2020 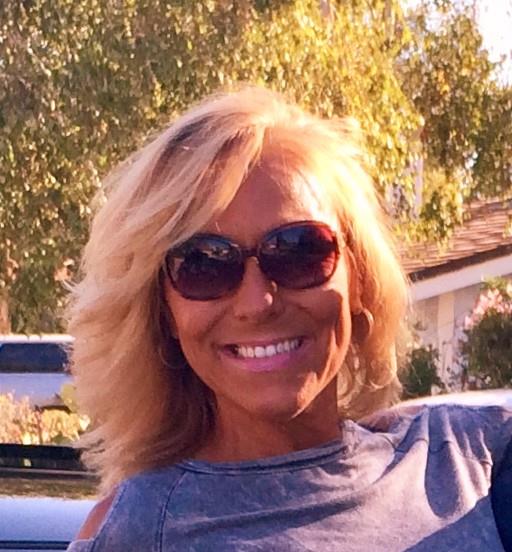 Sending my deepest Condolences to Sandy and family...I am so sad to hear such a wonderful human being has passed away. He touched the lives and hearts of many people and I know he will forever stay in our hearts. My thoughts and prayers are with you. Sending Love your way, Cindy
Cindy Bailey
October 23, 2018
He was one of the best teachers,l have ever had. I will miss him
Briyana Harper
October 21, 2018
Fairwell to a colleague of substance and creativity
T. John Hughes
October 20, 2018
RIP Don. Always enjoyed playing alongside you in the band.
Jerry Jones
October 19, 2018
We are so sorry to hear that Don passed away. He was such a special person to both of us.

My husband was very fortunate to have had Don as his broadcasting instructor in the early 1980's. He learned so much from Don knowledge that he could never have attained anywhere else!!! This knowledge allowed him to have very successful careers at KKTV (25 years) and DirecTV (10 years). They continued to be friends throughout the years.

I was honored to have worked with Don at PPCC, and it was a pleasure to get to know him and his daughter, Sarah. I just adored both of them! He was such a gentle man who was very passionate about his work and his family. He made such a difference in the lives of virtually thousands of students. He will be forever missed by everyone who knew him. As for us, we will never forget him - he will continue to live in our hearts as long as we live.

Sandy and family, We are so very sorry for your loss. Please know that you are in our thoughts and prayers.
Dave and Debbie McCarty
October 15, 2018
I am so sorry to hear of the family's loss, but amazed to read of Don's career before he came to Pikes Peak Community College. I remember Don very well at PPCC. I taught "ITV" classes in history for years, broadcast from our own station, and Don was the manager. He was a good manager. I always recognize his appealing voice when I hear a narration or voiceover on a local history video. I am currently compiling PPCC history for the 50th anniversary and will make sure that Don's obituary and any other information becomes part of that collection.
Katherine Sturdevant
October 10, 2018
My condolences and prayers to the family. Hold your memories close.
Kate Green
October 9, 2018
Offering our deepest condolences during this difficult time.
The Staff of Wilson-Andrews Funeral Home & Crematory
October 8, 2018
Showing 1 - 9 of 9 results