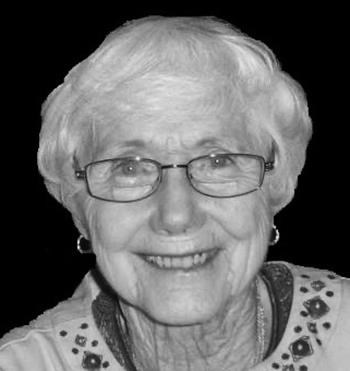 95, passed away Saturday, September 19, 2020, at the Inn at Belden Village. Clara was born on April 7, 1925, to Clyde Sherman Wolfe and Lillie Pearl Melcher in Canton, Ohio and grew up during the Depression in a two bedroom log cabin off Cleveland Avenue. She graduated from Middlebranch High School as valedictorian of her class, and soon married her husband of 56 years, Finley Webb Stockburger. While he was away in World War II, she worked in an airplane building plant, a true Rosie the Riveter. Years later she obtained a teacher's certificate as a member of the first graduating class of Malone College and taught in the elementary schools of Jackson Local and North Canton Schools. Clara was happiest outdoors-- golfing, walking, camping, skiing, hiking, swimming, and canoeing. As a volunteer, she entertained children in hospitals as Clarabelle the Clown. After retiring in 1983, she and Webb split time between Canton and Arizona after travelling across the country in their Airstream. Clara is preceded in death by her husband, Webb; and her three sisters and two brothers. She is survived by her son, Dr. David W. Stockburger (LeAnna DeAngelo) Monument, CO; and daughters, Nancy J. Leach (Robert P. Leach) Canton, OH and Joy Ellen Kauffman (Michael L. Kauffman) Mt. Pleasant, SC. She has 7 grandchildren and 8 great grandchildren. In her last years, staff at The Inn at Belden Village helped her immensely in dealing with progressing Alzheimer's.

It was her wish to be cremated with a private graveside service officiated by her niece, Pastor Cassandra Wolfe, which will be held at a later date. In lieu of flowers, donations can be made to a local Alzheimer's Association or a charity of your choosing. An online memorial can be viewed at: www.karlofh.com
Published by The Repository on Sep. 27, 2020.
To plant trees in memory, please visit the Sympathy Store.
MEMORIAL EVENTS
To offer your sympathy during this difficult time, you can now have memorial trees planted in a National Forest in memory of your loved one.
Funeral services provided by:
Karlo-Libby Funeral Home
MAKE A DONATION
Please consider a donation as requested by the family.
MEMORIES & CONDOLENCES
0 Entries
Be the first to post a memory or condolences.