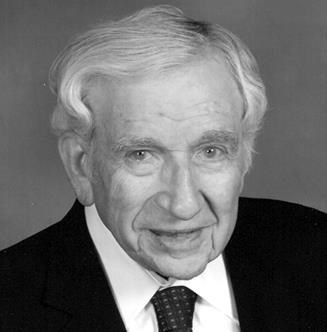 Born on Aug. 26, 1925, DeBow Freed grew up on his family's farm near Hendersonville, Tenn. He was elected president of his high school class, graduated from Gallatin Tennessee High School at age 17, and was appointed, attended, and graduated from West Point in 1946 when he was 20 years old. After graduating from West Point, Dr. Freed was commissioned in the Infantry. He served overseas for a total of seven years, including Japan, Germany, Iran, Korea, and Vietnam. While overseas, he had troop duty in the 26th, 27th, 32nd, and 35th Infantry Regiments and 1st, 7th, and 25th Army divisions. He attended and taught at the Infantry School, Fort Benning, Ga., attended the Army Command and Staff College at Fort Leavenworth, Kan., and the Air War College at Maxwell Air Force Base, Ala. He was aide to the Assistant Division Commander of the 17th Airborne Division, a training division in the US, and aide to the head of the Military Advisory Mission in Tehran, Iran. He was chief of the nuclear branch of the Defense Atomic Support Agency at Sandia Base, Albuquerque, N.M., liaison to the Los Alamos Scientific Laboratory for the military services, and, concurrently, earned a master's degree from the University of Kansas and a PhD in nuclear engineering at the University of New Mexico, the latter entirely on nights and weekends while on full time active military duty. As chief of the nuclear branch of the Defense Atomic Support Agency, he became the principal briefer for the military services on atomic and nuclear matters for military, congressional, and other national visiting groups for three years when interest in those areas was extremely high. He was later assigned to the West Point faculty to help modernize the physics program and initiate an academic major in nuclear engineering.

He met Catherine Carol Moore, daughter of an Army physician, while in the service and they married in 1949. She held BA and BFA degrees from the University of Texas where she was elected to Phi Beta Kappa and Mortar Board and later earned a MA from the University of Kansas. She taught at colleges near their stations and held leadership positions in the communities where they served. Dr. Freed credits his late wife, Catherine, for many of their opportunities to serve. She passed away in November 2016. Their son, DeBow II, was awarded a PhD by Rice University directly, without having a BS or MS degree, and was an outstanding scientist. He passed away from the effects of cancer in 2014. In 1987, Dr. Freed was chosen by the Army Chief of Staff and the West Point Superintendent from among the 47,000 West Point graduates until that time as the model for the study which led to adding a fifth purpose of a West Point cadet's education, which was for each cadet "to aspire to a lifetime of service to the nation." A room was dedicated to Dr. Freed at West Point in 2012 and he is included in the book, West Point Leadership, Profiles of Courage, as one of 180 West Point graduates since its founding who are characterized as having made outstanding contributions to our society.

The Freeds greatly enjoyed military service but believed they could make additional contributions in private church-related higher education as part of their commitment to lifelong public service. Dr. Freed retired after 23 years of active military duty and went directly into private higher education at Mount Union College where he was Dean of the College for five years. He was then elected President of Monmouth College in Monmouth, Ill., where he served for another five years. He then became President of Ohio Northern University, Ada, Ohio, for twenty years and later served as President of the University of Findlay, Findlay, Ohio, for seven years.

All of the institutions he served prospered greatly under his leadership. Dr. Freed's 32 years as a college or university president provided wonderful opportunities to positively influence the lives of thousands of young people. He presented diplomas to over 20,000 graduates in Arts, Sciences, Engineering, Pharmacy, Law, Health-related fields, and Pre-Veterinary Medicine. He knew most of the graduates personally. In considering higher education, the Freeds were primarily interested in private, church-related colleges. The colleges and universities which the Freeds served had a hospitable atmosphere on campus and produced graduates committed to serving others, filling many of the professional positions in our society, and holding leading roles in public service in the country. Higher education institutions, associates, and friends displayed their gratitude for the Freeds through honorary degrees; an endowed annual Christian lecture series; naming the DeBow and Catherine Freed Center for the Performing Arts, a regional performing arts center, for them; designating, in their names, a million dollar endowment; and establishing several annual student awards recognizing Outstanding Leadership and Service.

His military service awards include commendation medals, legion of merits, bronze star medal, air medal, and joint service commendation awards. He was elected an Ohio Commodore, received proclamations for his leadership and service from Ohio governors, the Ohio House of Representatives, and the Ohio Senate. Dr. Freed also served as head of state and regional academic, scientific, service, and athletic organizations. He was trustee of a regional hospital, symphony orchestra, center of science and industry, and was a bank director. Dr. Freed continued to serve until his death on February 8. 2020. He had lifetime appointments as President Emeritus of Ohio Northern University and the University of Findlay and had an office on each campus, maintaining regular office hours Monday through Saturday until shortly before his death. Dr. Freed continued to be active in higher education matters. After his brief hospitalization in December, he greatly enjoyed the many visitors, cards, and acknowledgements he received.

Dr. Freed resided in Ada, Ohio, where he passed away peacefully and comfortably at his residence. Dr. Freed will be buried at West Point National Cemetery with Mrs. Freed and DeBow II. A video remembrance memorial time will be held at College First Church of God, Findlay, from 4-6 p.m., on March 3, 2020. A memorial service and celebration of Dr. Freed's life will be held at the Ohio Northern University English Chapel at 11 a.m. on March 7, 2020. There will be a display of mementos in the chapel, and a video on his life of service and the Freed years at Ohio Northern will be shown in the chapel at 10 a.m. A buffet lunch will be served in McIntosh Center following the service. The videos on his life of service and the Freed years at ONU will also be shown during the buffet lunch. A memorial service is tentatively scheduled for June 23, 2020, at 10 a.m., in the Old Cadet Chapel at West Point, N.Y., prior to burial in the West Point National Cemetery. Details will be forthcoming. Dr. Freed was 94 years old at the time of his death. Dr. Freed requested no flowers or memorial contributions.

419-634-2936
Published by The Repository on Feb. 11, 2020.
To plant trees in memory, please visit the Sympathy Store.
MEMORIAL EVENTS
Mar
3
Service
4:00p.m. - 6:00p.m.
College First Church of God
Findlay, OH
Funeral services provided by:
Hanson-Neely-Allison Funeral & Cremation Services
MAKE A DONATION
MEMORIES & CONDOLENCES
10 Entries
So sorry to lose such a wonderful man. He was a true Southern gentleman and the best president ever at ONU>
Jim and Jean Neiswander
February 20, 2020
Thank You, So much for letting me know. The nicest Human Being I have ever had the Pleasure of meeting.

If there is anything I could do please let me know....

Steve Neilson
Acquaintance
February 19, 2020
Mortar Board was proud to claim Dr. Freed as a member of our national society of scholar-servant-leaders. Please know of our deep sympathy and most sincere regard for the way that he lived Mortar Boards Ideals of scholarship, leadership and service. He was a great supporter of our chapters at Ohio Northern and University of Findlay, whose name is the Catherine Moore Freed chapter.

What a man/what a life.
R Schulte
February 12, 2020
A kind and wonderful man to all who knew him. He will be missed by many. Rest in peace.
Mary KLOEPPEL
February 12, 2020
RIP, De Bow. My dad also graduated from West Point in 1946 and fondly remembered you. Sincerest condolences to your precious family.
Frank Titus
February 12, 2020
I attended Ohio Northern University while Dr. Freed was president. He, and his dear wife, were always so kind to me and all the other students. They made being at ONU feel like home. Rest well, Dr. Freed, you made an incredible impact on the lives you touched.
Michelle Kieffaber
February 11, 2020
I didn't know this man but as I read his obituary my admiration and respect grew. What a lifetime of accomplishment and achievement. What an amazing example of a leader and mentor.

Our condolences go out to the family, you must be very proud and honored with your loved one.
Tom Seem
February 11, 2020
A role model for public service and an inspiration to me.
Nancy Wood Allison
Friend
February 10, 2020
Dr. Freed was a very humble and VERY respectable man, and his wife a very lovely lady. I attended ONU from 1983 to 1988, and my wife, Toni (Williams) from 1985 to 1989, both in the music education department. Dr and Mrs Freed were both VERY helpful to that entire department. Amazingly, he knew everyone's names, on sight. Not only that, but he would recognize the parents of the students, and address them by name (Mr and Mrs Williams, in my wife's case, and Mr and Mrs Dunbar, in mine), whenever he saw them at concerts, or on campus. He and his wife showed up to the bus, early, on the morning that the ONU Jazz Band left for New Orleans, in the fall of 1984, for the World's Fair performances. They brought boxes of fruit and snacks for the trip, and wished us all well on our journey. They were at almost all concerts that I can remember, and were always so approachable. He and his wife had amazing minds and personalities, and Toni and I feel like we've lost another family member...first with Mrs Freed, and now with Dr. Freed. We even invited them to our wedding, and were sent some very nice paper weights with the ONU logo on them and a very nice personal note from them. We still enjoy seeing them on our book shelf. We will always remember those two very fondly, and consider ourselves one of their thousands of 'children' and friends that they made on their long life's journey. We will miss them both, and to Dr. Freed "Thank you for coming", into our lives, and hearts!! Dave and Toni Dunbar
Dave Dunbar
Student
February 10, 2020
Showing 1 - 10 of 10 results