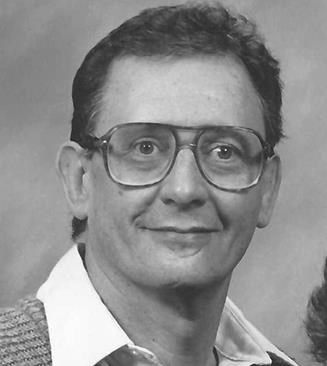 age 74, of Waynesburg, passed away Sat., Jan. 23, 2021. He was born Feb. 20, 1946 in Waynesburg, a son of the late John C. and Mary (Dickerhoof) Albright, and was a life resident. John was a 1964 graduate of Sandy Valley High School, and was a retired employee of United National Security. He was a life member of the NRA. John was an avid deer hunter with both rifle and bow and arrow. He liked to collect books and enjoyed fixing anything. John honorably served in the U. S. Navy during the Vietnam War, and served on the USS Shangri la and USS Forrestal.

In addition to his parents, he was preceded in death by an infant sister and four brothers, Elizabeth, Clement, Martin, Glenn and George. John is survived by his wife, Josephine "Jody" Albright, with whom he would have celebrated their 38th Wedding Anniversary on April 30th, and his son and daughter-in-law, John and Ashtan Albright, his beloved dog, Jack, and his cat, Lucky.

A private service for the immediate family will be held Wed. at 11 a.m. in the Finefrock-Gordon Funeral Home in Magnolia with Pastor David Wing officiating. There will be no calling hours. Interment will be in Ohio Western Reserve National Cemetery on Thursday at 11 a.m. The service will be live streamed starting at 10:45 a.m. Condolences may be sent to: www.gordonfuneralhomes

Gordon (330) 866-9425
To plant trees in memory, please visit our Sympathy Store.
Published by The Repository on Jan. 26, 2021.
MEMORIAL EVENTS
Jan
27
Service
11:00a.m.
Finefrock-Gordon Funeral Home, Inc.
266 North Main Street, Magnolia, OH
Jan
28
Interment
11:00a.m.
Ohio Western Reserve National Cemetery
10175 Rawiga Rd., Seville, OH
Funeral services provided by:
Finefrock-Gordon Funeral Home, Inc.
MAKE A DONATION
MEMORIES & CONDOLENCES
5 Entries
Thanks for sharing all those books with me at Dover Foursquare. Condolences to Jody and the familt
Chip Green
Friend
January 31, 2021
Deepest sympathy to John’s family and loved ones...
John went to St. Mary’s Church in Morges where I attended. We were also graduating classmates in 1964. He was always a very kindhearted individual. Prayers for peace and comfort to your hearts.
Claudia Marker Scheiring
Classmate
January 27, 2021
May the love of friends and family carry you through your grief.
Beth A Burkett
Friend
January 26, 2021
Lifting up the Albright family as you celebrate John's life and legacy
Malone University
January 26, 2021
John and I were SVHS classmates, class of 1964. I remember him as quiet-spoken, intelligent and kind. My condolences to his family and friends.
Pat Dierick Hay
Classmate
January 26, 2021
Showing 1 - 5 of 5 results