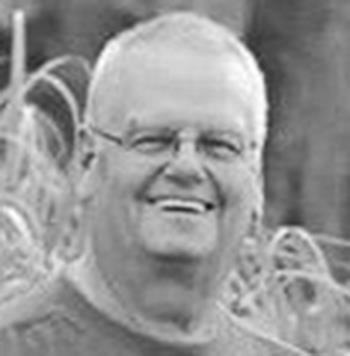 67, passed away on April 13, 2020 after a brief battle with cancer. He was born on May 22, 1952 to the late Clair and Irma (Fowler) Shilling. He was a 1970 graduate of Tuslaw High School and attended Faith Community Fellowship Church. Russ married the love of his life, Sandy Boyd, on August 7, 1971. He worked for Reiter Dairy in Akron for 30 years before retiring in 2005. After his retirement, Russ worked as the Operations Manager at Barberton-Norton Mosquito Abatement District and was currently still employed there. He was a very faithful and loyal employee and thoroughly loved his job there.

One of Russ' greatest passions in life was his love and interest in all things railroad, including the history and memorabilia of railroads. He even had a railroad signal set up in his backyard. In addition to his railroad signal, Russ also had a garden in his backyard filled with vegetables that he tended to every season. He was a proud Ohio State Buckeyes and Cleveland Browns fan too. His greatest love of all was his family and the dedication he had to them as a husband and father. Some of the family's best memories were their vacations they took together. Russ always believed in travelling by car that way you could stop and see many things along the way before the final destination. He also had many great qualities about him but two that everyone will remember most was his sense of humor and his compassion for animals. Russ always had a joke or prank that was sure to put a smile on your face and he was always made sure that his many cats were taken care of.

He will be deeply missed by his wife of 48 years, Sandy Shilling; daughters, Jessie (Luke) Wingert and Stacy (James) Carey; and his sister, Dolores "Sis" (Gary) Ullom. In addition to his parents, Russ was preceded in death by his brothers and their wives, Duane (Marta) Shilling, Jim (Virginia) Shilling and Donnie Shilling.

The family will have a private service on Friday, April 17, 2020 at the Paquelet Funeral Home in Massillon. The service will be LiveStreamed at 11 a.m. on Friday for the public, by going to Russ' obituary at www.paquelet.com In lieu of flowers, memorial contributions can be made in Russ' name to the Age of Steam Roundhouse, 213 Smokey Lane Rd. SW, Sugarcreek, Ohio 44681.

Paquelet Funeral Home, 330-833-3222
Published by The Repository on Apr. 15, 2020.
To plant trees in memory, please visit the Sympathy Store.
MEMORIAL EVENTS
Apr
17
Service
11:00a.m.
Paquelet Funeral Homes
1100 Wales Rd Ne, Massillon, OH
Funeral services provided by:
Paquelet Funeral Homes
MAKE A DONATION
MEMORIES & CONDOLENCES
11 Entries
I'm so sad to see that Russ has passed away. He was a real asset to Reiter Dairy and I enjoyed seeing him almost every morning. He was such a pleasure to know. Eternal rest grant unto him dear Lord and may the perpetual light shine upon him. May he rest in peace. Amen.Annette Downs
April 19, 2020
I worked with Russ for about 15 years at the dairy. Always seem to have a smile on his face. He was a very nice very kind man. So sorry for your loss.
Jim Minick
April 19, 2020
Sandy,So sorry for your loss will miss his smiles, God bless you and your girls.
mary rose fowler
April 17, 2020
Dear Sandy and girls - So sorry to hear this...Russ was always such a fun a nice person...he will be missed Dave & Ellie Evans
April 17, 2020
I will miss seeing his smiles and the talks we shared when he came to the sports complex at barberton schools.Sending prayers to his family. Marietta Kallai
April 17, 2020
I got to know Russ a few years ago while he was working with Chuck at Reiter Dairy. Chuck would come home with many funny stories about Russ and then I was introduced to him and the fun began. This man was the funniest guy, in person when we would see him and on facebook. He and I would go back and forth many times, laughing all the time. Sure will miss him. We feel so bad for all you, his family. What a loss, much too young. Great memories he left for you all. You have our deepest sympathy.. June and Chuck Beiter
Chuck and June Beiter
Friend
April 16, 2020
I am so saddened to hear of the passing of Russ. My condolences to the whole family. I have been the mail carrier for Russ and family for the last 8 years and so loved when Russ would come out and chat for a few minutes. He would always make me laugh and put a smile on my face. I will miss him greatly.
Beth Ann
April 16, 2020
Jessie, Luke & Family,

Our prayers are with you as you grieve the loss of your Dad. Praying you will be given glimpses of joy as you remember him, and the peace that comes from knowing the hope we just celebrated at Easter. He will hold you!
Psalm 121

You have my deepest sympathy in the passing of Russ. May you remember his sense of humor and all of the family trips you enjoyed together. May God bless you in this time of mourning and healing. Lisa Huth
April 15, 2020
Stacy and family. So sorry to hear about your dad. May you remember the many memories. I will remember him helping you film the Tulsaw football games. May God bless you and your family. Deb and John Benson
April 15, 2020
Showing 1 - 11 of 11 results