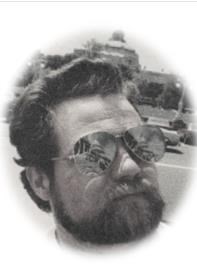 BORN
1949
DIED
2021
FUNERAL HOME
Robert E. Evans Funeral Home
16000 Annapolis Road
Bowie, MD
Charles "Charlie" William Barber of Edgewater, Maryland passed away peacefully in his home on Monday, September 13, 2021. Charlie was born in Cheverly, Maryland on February 6, 1949, to the late Wilfred Allen "Wes" Barber, Sr. and Helen Louise "Weezie" Barber. He is the brother of the late Terry Barber, and survived by his brothers, Allen (Maureen), Jerry (Jeana), Robert Wright (Pam), sister Cheryl Posey (Vernon), as well as numerous nieces, nephews, friends, and his "Partner in Crime", Dawn Dye. Charlie graduated from Bowie High School in 1967 and enlisted in the U.S. Navy that same year. He proudly served during the Vietnam War until 1970. His federal government career began as an electrician's helper in the U.S. Capitol, later transferring to the Laborer Crew where he remained as Foreman for 28 years until his retirement in 2004. If you've ever received a flag flown over the Capitol during his tenure, Charlie may very well have flown that flag. A task he truly enjoyed. In 1999, Charlie purchased his home in South River Park and quickly became involved in the community. He spent many hours caring for the Club House, mowing the lawn, and operating as the "Neighborhood Watch Dog". It was natural for Charlie to help people, so he loved looking out for all his neighbor's and keeping up with the happenings in the neighborhood. If you asked Charlie to tell you some of his favorite pastimes, it would be watching football and baseball, visiting Civil War Battlefields with his brothers, enjoying the annual family vacation in Emerald Isle, and spending time with his beloved dobies…Makahia, Indi and Zeus. But Charlie always said his favorite pastime was eating. Inurnment will take place at Cheltenham Veterans Cemetery, at 10:30 a.m. Tuesday, September 28th. In lieu of flowers, memorial contributions can be made to the American Diabetes Association. Online Condolences may be made at www.robertevansfuneralhome.com Arrangements by the Robert E. Evans Funeral Home Bowie, MD.
Published by The Capital Gazette on Sep. 19, 2021.
To plant trees in memory, please visit the Sympathy Store.
MEMORIAL EVENTS
Sep
28
Inurnment
10:30a.m.
Cheltenham Veterans Cemetery
MD
Funeral services provided by:
Robert E. Evans Funeral Home
MAKE A DONATION
Please consider a donation as requested by the family.
MEMORIES & CONDOLENCES
3 Entries
We express our sadness and thoughts go out to the family. We visited with Charlie at Poseys in June , it was great. Rest in peace Charlie . Bill and Janet Childs
Bill and Janet Childs
September 21, 2021
My sincere sympathy to Charlie's family and friends on their loss of a great man. Charlie became an instant friend when we met him at the Club during his regular visits to Nutrition 33 in Edgewater. It was evident that his priorities were in right order and his uplifting and supportive spirit inspired all of us at the Club. He will always be remember as an important part of our family's business. Charlie put a smile on our faces, he was genuine and giving and loyal, and he is missed by us and by all of our patrons who knew him.
Lucy Renzi
Friend
September 19, 2021
Charlie will be missed by many . I think he thought of all his friends as family. RIP Mr. Charlie
Dee Baon
Friend
September 18, 2021
Showing 1 - 3 of 3 results