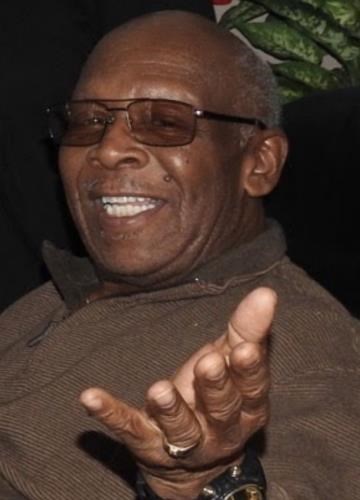 Charles Herbert "Cheese" Powell, Sr., 79, of Annapolis, MD passed away September 10, 2021 peacefully at his home. A wake will be held at the Lasting Tributes Cremation & Funeral Care in Annapolis on Wednesday, September 22, 2021 at 10:00 a.m – 11:00 a.m. Funeral service will immediately follow at 11:00 a.m. with Apostle Craig Coates officiating. Burial will follow at Bestgate Memorial Park. Services will be livestreamed on the funeral home website. "Cheese" Powell was born in Annapolis, MD to John Eugene and Mildred Powell on May 9, 1942. He attended Eastport Elementary School and graduated from Wiley H. Bates High School prior to entering and serving in the United States Air Force from 1961 to 1965. Cheese diligently worked in several capacities including the Anne Arundel County Police Department and the City of Annapolis prior to retiring from the Anne Arundel County Public Works after 25 years of service. Once retired, he worked at Department of Legislative Services from January 2003 to April 2015. He was a member of the Peerless Rens Social Club, Ravens Roost, American Legion, and the Elks Club of Annapolis. Cheese is survived by his sons, Kyle D. Powell (Angela) of Houston, TX, Corey C. Powell (Shanta) of Woodbine, MD, Darius D. Powell of Annapolis, MD, Charles H. Powell Jr. of Annapolis, MD, Deon A. Fontaine of Brooklyn Park, MD, and stepson Eric M. Hebron (Kelly) of Woodbine, MD. He is also survived by one sister, Mary Powell Brewer of Annapolis, MD, and two brothers, William R. Powell of Pasadena, MD and Robert E. Powell Sr. (Alice) of Lancaster, TX; and sister-n-law, Louise Powell of Annapolis, MD. He also leaves to mourn his devoted fiancée, Rosemary Adams, sixteen grandchildren, four great – grandchildren, and a host of nieces, nephews, relatives and friends.
Published by The Capital Gazette on Sep. 19, 2021.
To plant trees in memory, please visit the Sympathy Store.
MEMORIAL EVENTS
Sep
22
Wake
10:00a.m. - 11:00a.m.
Lasting Tributes Cremation & Funeral Care
814 Bestgate Road, Annapolis, MD
Sep
22
Funeral
11:00a.m.
Lasting Tributes Cremation & Funeral Care
814 Bestgate Road, Annapolis, MD
MAKE A DONATION
MEMORIES & CONDOLENCES
4 Entries
As the days and weeks pass, and as you return to life's routine, may you continue to feel comforted by the love and support of family and friends.
Joyce Wallace
September 22, 2021
You will be missed, I´m still expecting to hear your voice, or get a call from you during the games, I love you!!!! LLCP
Charles Powell jr
Family
September 20, 2021
Cheese we have been a team for a very long time, we had our ups and downs but some how we always manage to get it together. I never thought you would be gone before me because I was much sicker than you, but you was right there by my side coaching me. Never in a million years did I ever think you would go before me. I will always love you Cheese until my end of time. We will meet again and our love will be stronger than ever. Sleep on my love until we see each other again. I will wear my Brown Skirt. "LOVE YA" Rosemary
Rosemary Adams
Other
September 19, 2021
My deepest sympathy for your loss. My heart goes out to you and your family.
Walter Pittman
Other
September 19, 2021
Showing 1 - 4 of 4 results