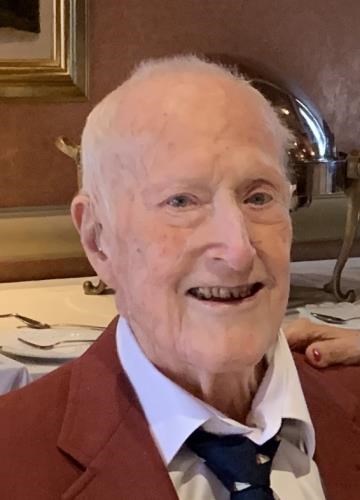 FUNERAL HOME
Nichols-Gilmore Funeral Home
212 East Justis Street
Newport, DE
Charles, age 94, of Wilmington, DE, formerly of Annapolis, MD passed away on Saturday, November 30, 2019. Charles was a WW II Navy veteran and earned his law degree from Georgetown University. He began his career with the US Office of Education, then became the Director of the White House Conference on Education before becoming the Minority Counsel to the US House of Representatives Committee on Education and Labor until he retired. As Minority Counsel he wrote and was instrumental in the passage of several landmark education laws, including the Vocational Act of 1963 and the Higher Education Act of 1965. Charles enjoyed traveling with his wife and reading. Charles was preceded in death by his wife of 40 years, Shirley Radcliffe and his daughter, Suzanne Wilholt. Survivors include his sister, Barbara Radcliffe Rogers (Stillman); sister-in-law, Barbara Piunti; son-in-law, Jeff Wilholt (Kelly) and many nieces and nephews. A memorial service will be held at 11 am on Monday, December 9 at NICHOLS-GILMORE FUNERAL HOME, 212 E. Justis St. Newport, DE 19804 where visitation will begin at 10 am. Burial will be private. In lieu of flowers, memorial contributions may be made to Brandywine Valley SPCA, 600 South St, New Castle, DE 19720. To send an online condolence visit www.nicholsgilmore.com.
To plant trees in memory, please visit our Sympathy Store.
Published by The Capital Gazette on Dec. 5, 2019.
MEMORIAL EVENTS
Dec
9
Visitation
10:00a.m. - 11:00a.m.
Nichols-Gilmore Funeral Home
212 East Justis Street, Newport, DE
Dec
9
Memorial service
11:00a.m.
Nichols-Gilmore Funeral Home
212 East Justis Street, Newport, DE
Funeral services provided by:
Nichols-Gilmore Funeral Home
MAKE A DONATION
MEMORIES & CONDOLENCES
1 Entry
Charles, you were a remarkable man and even more remarkable father. Suzanne was my best friend and I spent countless nights at your home. Always one of my favorite places to be. You always made me feel welcome and I would look forward to your morning crepes
Rest easy my friend. Love Kellie Lind
Kellie Lind
December 14, 2019
Showing 1 - 1 of 1 results