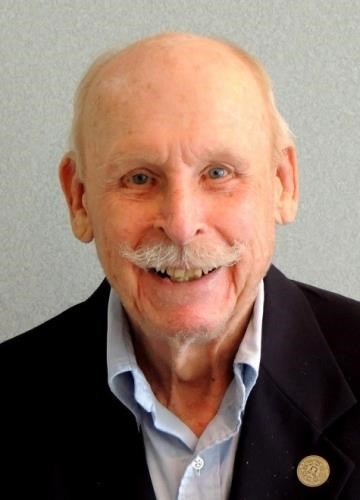 BORN
1927
DIED
2021
Charles ("Chuck") Signor Trefrey Jr., 93, a resident of Annapolis for over 30 years, died on September 28, 2021. He was born December 30, 1927 in Newton Massachusetts to the late Charles and Ruth Trefrey. Chuck attended Tabor Academy in Marion, MA and Amherst College in Amherst, MA. After graduating from Amherst College and serving as a 2nd Lieutenant in the Army stationed in Korea. Chuck worked in the pharmaceutical industry for many years. He retired in 1992 as President and CEO of National Wholesale Druggist Association and relocated to Annapolis. Chuck has long been a strong supporter of St. John's College in the Annapolis community. For 25 years, he participated in an Executive Seminar and served on the board of the Friends of St. John's College for over 15 years, including a term as president. In recognition of his commitment to the college, Chuck was made an honorary member to the Class of 2019 and a member of the St John's College Alumni Association. He was known to always have some kind of St. John's promotional material in his pocket when he left the house, so he could talk with people about the programs offered there. In addition to Chuck's passion for reading, learning and mentoring, Chuck was a lifelong sailor in Massachusetts, Connecticut, and on the Chesapeake. Charles was pre-deceased by his wife Barbara K Trefrey in 2013. He is survived by two daughters, Susan Haman and her husband Vince Haman of St. Simons Island, GA and Elizabeth Valanti and her husband Paul of Port Orange, FL. Chuck had two granddaughters, Karen Bowling (husband Nicholas Bowling), and Christina Valanti, and one great grandchild, David Charles Bowling. Memorial donations can be made to St. John's College. To make a tribute gift go to https://community.stjohnscollege.edu/giving. Select "The Fund for St. John's", and click "add donation.", then you can indicate that is in memory of Chuck.
Published by The Capital Gazette on Oct. 10, 2021.
To plant trees in memory, please visit the Sympathy Store.
MEMORIAL EVENTS
To offer your sympathy during this difficult time, you can now have memorial trees planted in a National Forest in memory of your loved one.
MAKE A DONATION
MEMORIES & CONDOLENCES
0 Entries
Be the first to post a memory or condolences.