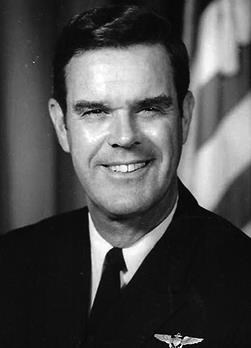 BORN
1926
DIED
2020
Captain Donald Kerry (Deke) Forbes, passed away peacefully, surrounded by his children and grandchildren, on January 5, 2020, in Virginia Beach, VA. He was 93 years of age. Born February 4, 1926, and raised in Massachusetts, New Jersey and Minnesota, he entered the US Navy in 1944 upon graduation from high school. He gained a fleet appointment to the US Naval Academy in 1946 and graduated with distinction in 1950. A career Naval Aviator, he served in various Fighter, Heavy Attack and Experimental Test Squadrons, rising to command two Heavy Attack Squadrons in Whidbey Island WA. He earned BS and MS degrees in Aeronautical Engineering from the Naval Postgraduate School and the University of Michigan, respectively, was a graduate of the Naval War College and a distinguished Graduate of the Industrial College of the Armed Forces. He commanded Naval Air Station Quonset Point, RI in 1972. Following this, he was selected as the 65th Commandant of Midshipmen, US Naval Academy where he served from 1973-1976. Retiring from the Navy in 1977, he worked for Booz, Allen & Hamilton until final retirement in 1986. He was predeceased by his wife of 63 years, the late Rosamond Marshall Forbes, who passed away in March 2013. He is survived by their three children, Kerry Forbes Johnson (Rick), Dale Kimberly Forbes, and CDR Donald Christopher Forbes, USNA Class of 1981 (Erin); 12 grandchildren and 6 great-grandchildren. A memorial service will be held on Monday, April 27, 2020, at 1300 in the US Naval Academy Chapel, followed by a reception in Alumni Hall. Inurnment will take place in the Naval Academy Columbarium. Memorials may be made to the US Naval Academy Foundation (Athletic and Scholarship Program), 25 Maryland Ave Annapolis MD 21401
Published by The Capital Gazette on Jan. 16, 2020.
To plant trees in memory, please visit the Sympathy Store.
MEMORIAL EVENTS
Apr
27
Memorial service
1:00p.m.
US Naval Academy Chapel
MD
MAKE A DONATION
MEMORIES & CONDOLENCES
2 Entries
I met Deke at the Chinn Recreation Center in Dale City, VA in 1998. He was kind, a gentleman and had a good sense of humor. Also, a good swimmer.
Fair winds and following seas.
Karyn Warburton
January 23, 2020
Sincere condolences to the family of Donald Forbes. May you be comforted in knowing that our Heavenly Father cares for you. He will give you strength and courage to cope with your grief.
Psalm 94:17-19
N. S.
January 17, 2020
Showing 1 - 2 of 2 results