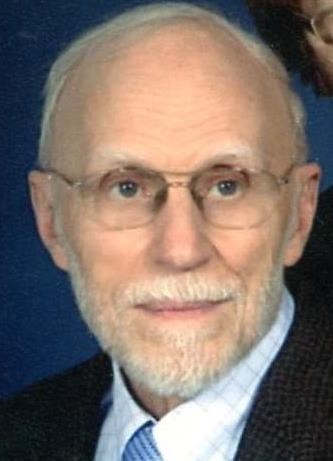 BORN
1931
DIED
2021
Edgar Lee Fogle, 89, of Severna Park passed away on October 13th after a 13 year battle with Alzheimer's Disease. He was born and raised on a farm in Shirleysburg PA, and after high school graduation he enlisted in the Army and served during the Korean War. Once in the Reserves he was able to attend Pennsylvania State University where he graduated at the top of his class in Engineering. He later went on to obtain a Master's in Engineering from University of Maryland and was employed at Westinghouse for thirty-nine years where he specialized in designing radar systems that supported our nation's defense. One of Ed's life's passions was music. He played a variety of instruments and was gifted vocally, talents which he applied in multiple bands and musical groups across the years. It was his involvement in one such band that connected him with the love of his life, Jeanne Singer Fogle, to whom he was married for 58 years until his death. Ed and Jeanne exemplified honoring their wedding vows of supporting each other in sickness and in health, for better or for worse. Jeanne was by his side even through the darkest days in the late stage of Alzheimers. Alongside his wife, Ed was an active leader and supporter of many of the activities and missions at Woods Memorial Church, his second home. Most of his favorite commitments at Woods were tied to music. For 5 decades he sang in the Woods adult choir, and along with his wife Jeanne supported music ministries in Sunday School, Children's Choirs, Puppet Ministries and Vacation Bible Schools. In addition to liturgical music, Ed also enjoyed a wide variety of music and musical performance opportunities. It was later in life that he joined one of his favorite groups, the Bums, a vaudeville comedy quartet; as part of the Bums he was able to perform alongside some of his best friends. The founding Bums had initially taken him on as support crew, but as only good friends could do, they eventually encouraged him to showcase his humor and talent as one of the main performers. Ed's other passion in life in addition to music was his family. He was a devoted husband who was always helping behind the scenes of Jeanne's many musical productions. They loved traveling the world, but just as much they loved dressing up in costumes for themed get togethers with their friends. Ed and Jeanne were blessed with 2 children, Stephen Fogle, of Cocoa Beach, Florida, and Ellen Fogle Parker, of Chapel Hill, North Carolina. After retirement, Ed found his second calling in life, that of a devoted grandfather. He spent a great deal of time caring for and enjoying his grandchildren: Marcus, Jonah, Caroline, Nolan, and Claire. He had a magical way of gently soothing them when they were infants, and as they grew older they all looked forward to tinkering at Papa's workbench where they could use his tools and work scraps to create whatever their imagination desired. He had an unending amount of patience and love to give, and his grandchildren loved him back dearly. A memorial service for Ed will be held at Woods Memorial on Friday November 5th at 3pm. In lieu of flowers, the family would instead appreciate any gestures to be made in the form of donations to Woods Memorial Church in Ed's honor so that they can continue the ministries that he enjoyed throughout his life.
Published by The Capital Gazette on Oct. 17, 2021.
To plant trees in memory, please visit the Sympathy Store.
MEMORIAL EVENTS
Nov
5
Memorial service
3:00p.m.
Woods Memorial
MD
MAKE A DONATION
MEMORIES & CONDOLENCES
0 Entries
Be the first to post a memory or condolences.