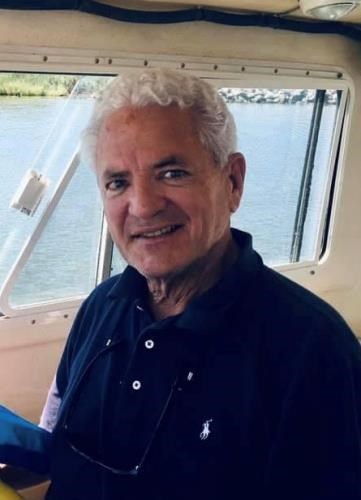 BORN
1948
DIED
2021
Gerard "Jerry" John Santry passed away on September 8, 2021 at his home in Chester, MD after a long battle with lung cancer. Jerry was seventy-three years old. He was born on February 3, 1948 to the late Daniel and Elizabeth Santry of Philadelphia. Jerry grew up spending his summers down the shore in Sea Isle City, NJ with his brothers Daniel, Paul and Mark, as well as dear cousins and friends. It is here that Jerry's love of the sea was born. Jerry received his Bachelor's Degree from St. Joseph's University which led him to pursue a long career in business. After years in sales with Gimbels, Jerry rose to management with the trucking companies Roadway and Watkins. His career achievements led him and his family to Maryland where he started Allied Well Drilling in 1994. With Jerry's leadership, the family's business has now grown to become one of the largest well drilling firms on the East Coast. Allied now has offices in Maryland, Pennsylvania, New York and Georgia, servicing 13 states on the eastern seaboard. After years of raising his family in Columbia, Jerry retired to The Eastern Shore of Maryland. He loved spending his days out on his boat, cruising and fishing The Chesapeake Bay. Jerry is survived by his loving wife of 45 years, Joanne Santry of Chester; his daughter Katy Sweeney (Brett) and their children Jack, Claire, and Cormac; his son Adam (Brooke) and their children Addison, Avery, and Emma. Jerry will be remembered for his quick wit, audacious personality and devotion to his (6) grandchildren. His family will always remember his days on the HCYP basketball courts, his penchant for storytelling and his die-hard love of the Ravens. The family requests that in lieu of flowers, contributions can be made to Hospice of the Chesapeake. Pursuant to Jerry's wishes, funeral services and interment will be private.
Published by The Capital Gazette on Sep. 19, 2021.
To plant trees in memory, please visit the Sympathy Store.
MEMORIAL EVENTS
To offer your sympathy during this difficult time, you can now have memorial trees planted in a National Forest in memory of your loved one.
MAKE A DONATION
MEMORIES & CONDOLENCES
1 Entry
Sending heartfelt sympathy to the family, for the loss of your beloved husband and father. Jerry was always a joy to visit with and listen to his tales of his fun natured escapades. We will truly miss him on our trips to visit the family. With prayers and love, Kurt & Katy Westmoreland
Catherine Westmoreland
Family
September 19, 2021
Showing 1 - 1 of 1 results