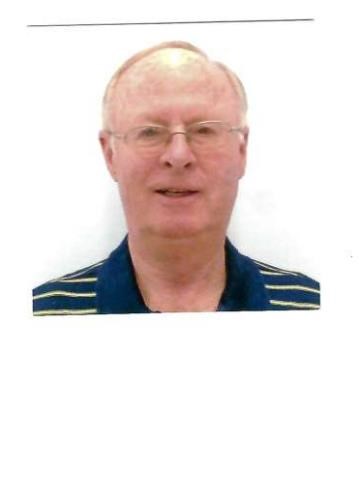 ABOUT
McDonogh School
Harold Bertram Pillatt II 75, of Baltimore and formerly of Baldwin, Md., died Aug. 29 unexpectedly at his home. Born in Baltimore, he was the son of the late Harold Bertram Pillatt, general manager of shipyards for Bethlehem Steel Corp., and the late Lucille Schuch Pillatt, homemaker and volunteer. He graduated from McDonogh School and the University of Baltimore, served in the U.S. Navy, and worked for Bethlehem Steel Corp. Subsequently he owned and operated H.B. Inc. in Baltimore County as well as Ocean City, Md. An avid golfer and member of the U.S. Golf Association, he was a longtime member of the Baltimore County Club, winning several tournaments there and in the region including the annual Elkridge-Green Spring member-guest golf tournament. Mr. Pillatt was of the Episcopal faith, a life member of the Elks, and a film buff. He was the brother of Barbara P. Resnick (Allan) of Orinda, Calif., Mary P. Felter (Robert) of Arnold, and the late Lucille P. Crumling (the late Ray Jr.). He also was the uncle of Steve Resnick (Tina) of Payson, Ariz., Mark Resnick (Sandy) of Mountain View, Calif., Luray Bucko (Steve) of Columbia, Mo., Denise Gibson (Jerry) of Fredericksburg, Va., and John O. Felter (Erin) of Parkton; and had an extended family. Mr. Pillatt donated his body to the Maryland State Anatomy Board. No formal services are planned. Memorial contributions may be made to the American Diabetes Association.
Published by The Capital Gazette on Sep. 15, 2021.
To plant trees in memory, please visit the Sympathy Store.
MEMORIAL EVENTS
To offer your sympathy during this difficult time, you can now have memorial trees planted in a National Forest in memory of your loved one.
MAKE A DONATION
Please consider a donation as requested by the family.
MEMORIES & CONDOLENCES
4 Entries
I was in the class behind Harold at McDonogh and played on the golf team with him in college. He was always upbeat and a fun person to be around. So sorry for your loss.
Mark Beckwith
Friend
November 27, 2021
So sorry to have just learned today of Harold´s passing. While I can´t say that I knew him well, it is always sad to hear of a classmate´s death. I can say though that I don´t recall ever hearing a negative thing said about him. Sorry for your loss.
Larry Husfelt, McDonogh Class of 1965
School
November 24, 2021
He had a big heart and was a lot of fun.I will truly miss him.
Nancy Pine
September 19, 2021
Harold was a funny kind generous person and he will be missed by many people all throughout harford county and towson. I feel lucky and honored that he got to attend my wedding before the pandemic hit, he truly was a wonderful person who had a great big heart.
Amber Politowicz-Bromwell
Friend
September 17, 2021
Showing 1 - 4 of 4 results