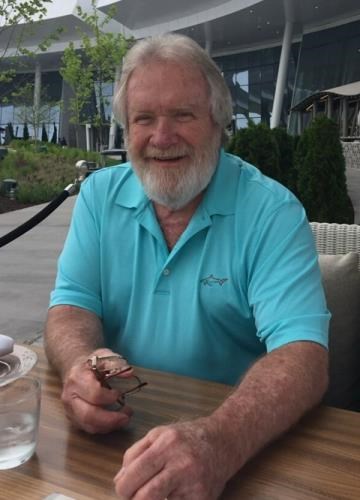 BORN
1946
DIED
2021
James (Jim) Emmett Hagerty, resident of Davidsonville, Maryland passed away peacefully October 6, 2021, surrounded by family, at the Medical University South Carolina, Charleston. He had been visiting family in Sunset Beach, NC, when he suffered a fatal illness. Jim was born March 9, 1946, in Brooklyn, NY to Philip E. Hagerty and Rose Estelle Langton Hagerty. The family, including older brother Patrick, moved to Albany, NY when Jim was two years old. Jim graduated from Christian Brothers Academy, class of 1963 and earned an Economics degree from St. Bernardine of Siena College in 1967. He subsequently earned a Master of Public Administration in Urban Planning from the American University in Washington, DC in 1972. Jim began his career in New York State as a young speechwriter for Gov. Nelson Rockefeller before being selected as a management intern for the Postmaster General of the United States. He earned a Ford Foundation Fellowship at the Institute of Court Management in Aspen Colorado. Jim worked in a number of Federal Government agencies, serving longest in the Department of Justice from which he retired in 1996. Jim then became a fully certified elementary school teacher and taught second graders – the position he considered the capstone of his career. Throughout his life, Jim had diverse interests and enjoyed playing sports – baseball, basketball, skiing, and golf, and was proficient at every bar game. Besides spending time with his beloved family, he was happiest on the Chesapeake Bay piloting the Dublin Bard. Proud of his Irish heritage, delighting in wearing his kilts on St. Paddy's Day, his favorite trip in recent years was to County Donegal Ireland, his ancestral home. In addition to his parents, Jim was preceded in death by his brother Patrick and nephew Sean. He is survived by his wife of 34 years, Mary Santonastasso Hagerty, his daughter Lisa Fragomeni (Keith), and his sons, Kelly James (Robin), Jason Shane, and Shannon Ryan Hagerty, grandson Shane Hagerty and granddaughters Brianna Fragomeni, McKenna, Ryan, and Peyton Hagerty, his sister-in-law Georgia Hagerty, her three children and their families, the Santonastasso in-laws, countless nieces and nephews and many dear friends…and of course, his ever-faithful Clancy. Of his children, Jim was fond of saying, "When I die, there won't be a statue of me in the park, but I'll leave behind great kids." Plans for a memorial service and celebration of Jim's life will be announced for a later time. Contributions in his name can be made to the American Heart Association.
Published by The Capital Gazette on Oct. 17, 2021.
To plant trees in memory, please visit the Sympathy Store.
MEMORIAL EVENTS
To offer your sympathy during this difficult time, you can now have memorial trees planted in a National Forest in memory of your loved one.
MAKE A DONATION
Please consider a donation as requested by the family.
MEMORIES & CONDOLENCES
4 Entries
Jim was an amazing human being and a wonderful brother-in-law. He was loving and kind and I never heard him say a bad word about anybody. Jim immediately became part of our family when he married my sister. We loved him like a brother and he opened his home to us as if we were always family. Jim you will be missed but we are better for having known you! Rest Easy Louise and Russell Marini
Louise Marini
October 24, 2021
May your memories of the wonderful times you shared with your loved one comfort you and your family, today and always.
American Heart Association
October 19, 2021
I sure will miss Jim. He had a heart of Gold and a smile that lit up a room. I will miss our talks during MSNBC and all of the lessons I learned from him. Rest in peace Jim. You will always have a special place in my
Susan Wells
October 18, 2021
Jim was a classic Irishman, full of joy,life optimism, a skilled debater and storyteller. I will miss his company and spirit.
Frank marine
Friend
October 17, 2021
Showing 1 - 4 of 4 results