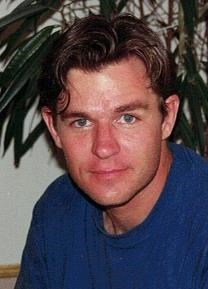 BORN
1963
DIED
2021
Jeffrey Alan Hartzell died on October 6, 2021 in Albuquerque, New Mexico at the age of 58. Jeff was born on August 22, 1963 in McHenry Illinois to his mother, Rita Jean and his father, Richard Edward Hartzell. Jeff spent his earliest years getting into mischief growing up in Navy housing in Annapolis, Maryland and San Antonio and El Paso, Texas. By sixth grade, Jeff and his family moved to Crofton, Maryland. A natural athlete, he competed in school basketball, football, and swimming teams. He also enjoyed tennis and skiing and was exceptional in both. Golfing with his father was a pleasurable pastime, marred only by his father's stubborn tendency to beat him. In 1981, Jeff graduated from St. Johns College High School in Washington, D.C. In 1985, he graduated cum laude from Bethany College with a Bachelor of Arts in Political Science and History and was a member of the Sigma Nu Fraternity. He also earned a Master of Arts degree from the University of New Mexico in Political Science in 2004. After College, Jeff worked at various law firms in Washington, D.C. At Fried Frank Harris Shriver & Jacobson, he served as Production Editor for the seven-volume treatise, The Law of Financial Services. At Dow Lohnes & Albertson, he was the Corporate and Securities Research Compliance Officer. Finally, he was the Supervisor of Mergers & Acquisitions and Antitrust Paralegals at Crowell & Moring. Jeff left the East Coast for good in 1997 settling down with his new wife, Yolanda Gallegos. they had two daughters, Marina and Ingrid, who Jeff doted on and adored. He became a stay-at-home-father and spent his days cooking lavish breakfasts, playing, and videotaping his daughters' daily revelry, squabbles , and shenanigans. Days were spent on field trips to national parks, historical ruins, and secret convenience store runs where he'd supply his daughters junk food to their mother's irritation. In 2004, he began his teaching career at St. Pius High School where he taught American Government, Political Philosophy, and Politics and developed the curricula for its New Mexico History and Honors Economics courses. In 2009, he left St. Pius and started at Atrisco Heritage High School where he served as the Head of Law Academy/Law Teacher. In this role, he taught Constitutional Law, assisted in the creation of the Criminal Justice course, implemented the Marshall-Brennan Constitutional Literacy Project in coordination with the UNM School of Law, and brought the semiannual "Courts to Schools" Program via the Bernalillo Metropolitan Court. As a teacher, Jeff was beloved by his students who repeatedly voted him Teacher of the Year at both St. Pius and Atrisco Heritage High Schools. His popularity led one of the high schools to institute a consecutive year award ban. His students respected his encyclopedic knowledge of current events and history and his irreverent approach to teaching. The affection was mutual and the deep concern and compassion he had for his students was something he carried home with him from work each day. After his teaching career, Jeff voraciously read books and spent time with his daughters enjoying movies, lunches, painting, and relaxing. He also volunteered with the Supportive Housing Coalition of New Mexico, Joy Junction, San Juan Diego Friary, and Road Runner Food Bank. Jeff is survived by his daughters, Marina Sabine Aurora and Ingrid Isabela Hartzell Gallegos, his brothers Jack and Mark Hartzell, his nieces, Katelyn and Gretchen Hartzell, Madison Dickson, Luna and Alma Olavarria Gallegos, Catherine and Elizabeth Gallegos, and his nephews Matt and Mark Hartzell, Che Olavarria Gallegos, and Ruben and Ramon Gallegos. He was preceded in death by his father, Richard Edward Hartzell, and his mother Rita Jean Hartzell.
Published by The Capital Gazette on Oct. 17, 2021.
To plant trees in memory, please visit the Sympathy Store.
MEMORIAL EVENTS
To offer your sympathy during this difficult time, you can now have memorial trees planted in a National Forest in memory of your loved one.
MAKE A DONATION
MEMORIES & CONDOLENCES
0 Entries
Be the first to post a memory or condolences.