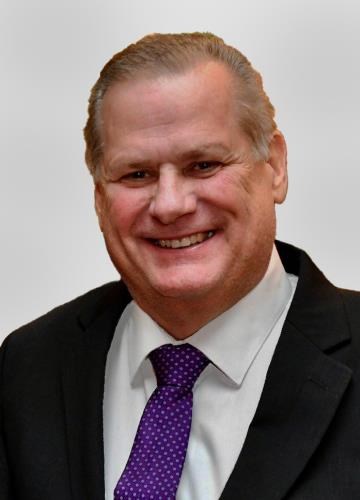 BORN
1957
DIED
2021
ABOUT
Northeast High School
FUNERAL HOME
Barranco Severna Park Funeral Home & Cremation Care, P.A.
495 Ritchie Highway
Severna Park, MD
Jerome Lancelot Jubb, Jr., of Arnold, passed away peacefully at home on October 6, 2021. He was 63. Born October 9, 1957, to Janet and Jerome Jubb, Jerry grew up in Pasadena where he attended Northeast High School, graduating in 1976, and enjoyed playing football and wrestling. Jerry began his career at the US Postal Service where he started in 1986 as a city letter carrier in Severna Park. He eventually climbed the ranks to a corporate role at Postal headquarters in Washington, D.C., where he retired after 35 years as Lead Administrator for Commercial Pricing Shipping Agreements. From the start, Jerry was quickly recognized by coworkers and managers as a valuable asset and devoted to every role he was appointed. This was evident through the numerous promotions he received throughout the duration of his career. Colleagues recognized him for his dedication, sound judgement, hard work ethic, and willingness to serve as a trusted resource for those around him. Always an avid sports fan from a young age, he never missed a game of his beloved Baltimore Orioles and Colts, and eventually, Ravens. One of his favorite times of the year was March when he made annual visits to Florida for Orioles Spring training. Venice, Florida eventually became the location of his vacation home, where he traveled as frequently as time allowed. Whether he was watching sunsets at the local jetty or relaxing at the beach, it was his favorite place to be. His most cherished role was that of a loving husband, devoted father, and grandfather. He enjoyed completing projects around the house and helping friends in times of need. On weekends, you could find him outside doing yard work or spending quality time with his grandchildren. Jerry is survived by his wife of 40 years, Catherine, née Mainhart; his daughter Amy Hand and her husband Bill; his son Jerry and his wife Annie; and four grandchildren, Rhodes, Livingston, Mackenzie, and Pierce. He also left behind two sisters, Deborah Lerie and her husband Vince, and Kimberly Fagan and her husband Steve. A private memorial will be held at a later date. In lieu of flowers, please send a donation in his name to CureHHT.org. Online condolences may be made on www.barrancofuneralhome.com
Published by The Capital Gazette on Oct. 17, 2021.
To plant trees in memory, please visit the Sympathy Store.
MEMORIAL EVENTS
To offer your sympathy during this difficult time, you can now have memorial trees planted in a National Forest in memory of your loved one.
Funeral services provided by:
Barranco Severna Park Funeral Home & Cremation Care, P.A.
MAKE A DONATION
MEMORIES & CONDOLENCES
1 Entry
Our deepest condolences to you, your family and extended family. We both worked with Jerry at the DDU in Annapolis Md. He seems so laidback , and always had a great attitude. Always loved his job. He was a fair manager to work with. He will missed. Also I attended Northeast High School Jerry. We respected him . Again our deepest condolences The Stevinson´s
Walt & Faith (Ringler)-Stevinson
Work
October 18, 2021
Showing 1 - 1 of 1 results