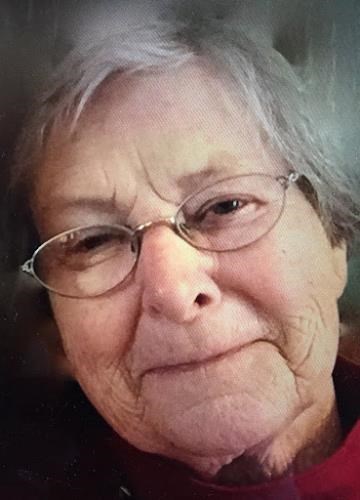 Joanne Scott passed away on December 28, 2021, at Heron Point in Chestertown, Maryland, at the age of 93, with family by her side. Joanne was many things, but first and foremost, she was a painter and a poet. Her passion to capture the intricate auras and nuances of life and then share them was her mission.The water whether creek, pond or ocean was one of her favorite subjects, as well as flowers, landscape and buildings. Her compositions left room for the viewer to explore. She guided numerous people over the years to develop their own way of seeing and painting. She raised four children on a beautiful farm near the Chesapeake Bay with her husband David. So many wooden boats, sailing, gardening, skating, games of badminton and gatherings with seven other families on the farm. Joanne taught watercolor and exhibited nationally. She was also a published poet with many books. She was president of the Maryland Federation of Artists and co-founded Maryland Hall for the Creative Arts in 1981. After David died in a plane crash in 1979, she attended the Maryland Institute for Creative Arts, majoring in printmaking. In 1981 she bought a cottage on Monhegan Island in Maine and became a member of the Women Artists of Monhegan Island. She was president of the Land Trust, Monhegan Associates for four years, leaving them finally as a 501(c)(3). She married Tom Truitt in 1984 and moved to Skillman NJ, where she worked to create The 1860 House, a Creative Arts Center for Montgomery Township. Moving to Chestertown in 2000, she became a leader in the Quaker Meeting there. After Tom died, she made her final move to Heron Point, where she taught art and helped to create an art studio for the residents. She is survived by Jennifer Brooks, Decorah, IA; Victoria McConnell, Denton, MD; Alex Scott, Henrico, VA and Catherine Hewitt, Hollis, ME. and 13 grandchildren and 19 great grandchildren! A memorial service will be held privately. Memorial gifts can be made to Monhegan Artist Residency Corporation. (https://www.monheganartistsresidency.org/support)
Published by The Capital Gazette on Jan. 9, 2022.
To plant trees in memory, please visit the Sympathy Store.
MEMORIAL EVENTS
To offer your sympathy during this difficult time, you can now have memorial trees planted in a National Forest in memory of your loved one.
MAKE A DONATION
MEMORIES & CONDOLENCES
4 Entries
My late wife Nancy and I were good friends of Tom and Joanne both in MD and on Monhegan where we also had a home. Nancy knew her from Annapolis days and also had a studio at MD Hall. I will miss her as I miss Nancy and all the rest of that era. Bill Brown
William Hopkins Brown
Friend
January 15, 2022
I have so many fond memories of Joanne, from "The Farm" in NJ where her gardens exploded with color every spring and where she created massive paintings in her studio, to Monhegan where you could walk the trails and see her paintings in 3D. When my sons were young they called her Joyanne. She brought Joy to her canvases, shared it with her students, family and friends. She loved her family and would light up when she talked about her children and grandchildren. We will all miss you Joyanne
Mandy Leith
January 14, 2022
We love you Joanne and we´ve missed you so much lately. To you family, we have spent many special moments with Joanne at Sarah Paige Studio Salon in Chestertown. She will always be so special to us. From her bright green nail polish that she would choose to give a little fun to her friends to her conversations that guided us through our thoughts about many things. She was so proud of her art and loved her family. What an amazing person! So very sorry for your loss.
Cindy Newsome and Julie Neukam
Other
January 13, 2022
Heartfelt condolences to your family on the death of your mother. My mother, Anja, now almost 87, has some marvelous paintings your mother made. One is of an onion that has hung in her kitchen since the late 60s! We love your mother´s work and have fond memories of family and friends gatherings at the St Margaret´s farm...fireworks on the skipjack! What a good long life Joanne had.
Sabrina De Gast Glaeser
January 9, 2022
Showing 1 - 4 of 4 results