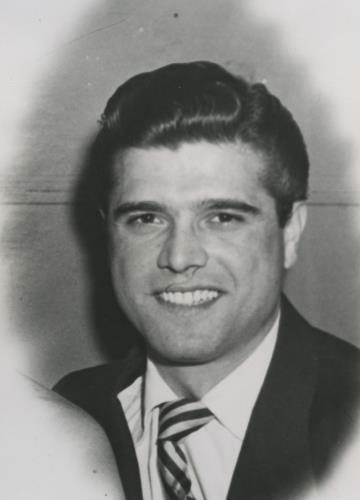 BORN
1922
DIED
2022
Nicholas Sebastian "Nick" Mattera, 99, a 45-year resident of Annapolis and previously of District Heights, MD, passed away peacefully at his home on January 10, 2022. Born at home on October 31, 1922 in Washington, DC to the late Michael and Adelaide Mattera, Nick graduated from Eastern High School. After graduation, he worked as a machinist at the Washington Navy Yard until he entered military service in 1944. For the next two years, Nick served in the U.S. Army with duty stations in France, Germany and Italy. Afterward, he continued to serve his country in a civilian role as a procurement specialist with the U.S. Department of Navy. Proud of his Italian heritage, Nick was a member of the Sons of Italy and the Italian Business Men Club in Annapolis. Nick was preceded in death by his son, Michael, who passed away in 2016. He is survived by his loving wife of 68 years, Olive (née Nellis); two sons, Nicholas and Bradley, both of Washington, DC; two brothers, Rudy of Edgewater and Franny of Alexandria, VA; two grandsons, Anthony and Michael; one granddaughter, Gina; and three great-grandchildren, Mia, Nicholas and Vivienne. Friends are invited to celebrate Nick's life with his family on Tuesday, January 18 from 2 to 4 and 6 to 8 p.m.at the Kalas Funeral Home and Crematory where Nick's funeral service will be held on Wednesday, January 19 at 11 a.m. Guests are invited to attend the graveside service on Thursday, January 20 at 11 a.m. at Lakemont Memorial Gardens in Davidsonville, MD. Online condolences may be offered at: KalasFuneralHomes.com