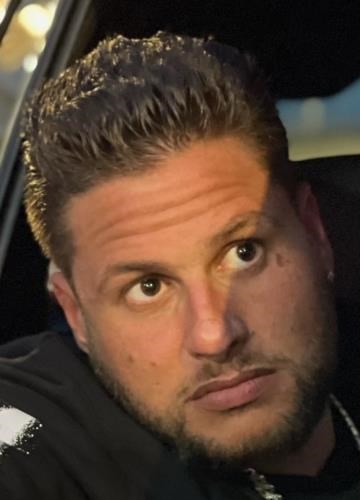 ABOUT
Annapolis Area Christian School
Tragically, Savvas Andreas Pantelides passed away on October 16, 2021 at the age of 31. He was born and raised in Annapolis, MD, and attended Annapolis Area Christian School and later Annapolis High School. He graduated from Free State ChalleNGe Academy in Aberdeen, MD. A life-long member of Ss. Constantine and Helen Greek Orthodox Church, Savvas loved the Lord and took great pride in his Greek heritage. His upbringing in the church and Christian school instilled in him a knowledge and belief in Scripture, much of which he memorized and often recited. Savvas was a songwriter, lyricist, rapper, and poet. Godsend, Savvas' published book of poetry, captured his ability to blend his spiritual walk with his musical talent. His poems spoke to his ability to persevere over challenges and his hope for a brighter future. Savvas wrote, directed, and starred in his own music videos and released two albums, Bad Influence and Google My Name under the stage name King Savvas P. Some of the songs were recorded with his sister, Aspacia. He had a passion for life, love for family, and dreams about his own future. He was a beautiful child of God, quick to share in a moment of humor, reminisce about the past, and discuss his own struggles and successes. He was known for his beautiful smile, his quick wit, and his larger-than-life personality. He could fill the room with not only his physical presence, but his laughter and stories as well. Savvas will be dearly missed. Savvas was predeceased by his paternal grandparents, Savvas and Magdalene Pantelides; his maternal grandparents, Alexander and Aspacia Vlangas and his paternal uncle, Nick Pantelides. He is survived by his father, Andre Pantelides (Jenny Clagett), his mother, Georgan (Mark) Flavell and his sisters, Magdalene, Aspacia and Alexandra as well as many aunts, uncles, cousins and other relatives. Funeral service will be held at Ss. Constantine and Helen Greek Orthodox Church, 2747 Riva Rd., Annapolis, MD 21401 on Thursday, October 21 at 10 am. Interment will follow at St. Demetrios Greek Orthodox Cemetery in Annapolis. In lieu of flowers, memorial contributions may be made to Ss. Constantine and Helen Greek Orthodox Church or The Free State ChalleNGe Academy, Bldg. E4230, Beal Rd. APG EA. Gunpowder, MD 21010. Condolences may be made online at:
Published by The Capital Gazette on Oct. 20, 2021.
To plant trees in memory, please visit the Sympathy Store.
MEMORIAL EVENTS
Oct
21
Funeral service
10:00a.m.
Ss. Constantine and Helen Greek Orthodox Church
2747 Riva Rd., Annapolis, MD
MAKE A DONATION
MEMORIES & CONDOLENCES
6 Entries
I´d like to send my condolences to the family me and Sav weren´t close we were Roomates for about a year in Florida down in Fort Lauderdale I always checked up on him and his music as we Spent hours talking about the future and our dreams I was not a say we were best friends but it hurt to see the comments on YouTube saying Rip anyway to the family you can email me a text [email protected] I have some of his poetry books he was writing down in Florida he always said his words were his treasure so I think he´d prefer you guys to have them I´m from Baltimore so Annapolis isn´t far im so sorry for your loss he was a good guy and had a great personality
Stephan Reek
Friend
November 20, 2021
So sad.. my condlolences,stin mana pou anastenazi..and all.
maria Schirmer.
October 25, 2021
Savvas - You we´re always such a hilarious handsome beautiful loving kind and spiritual man. I really wish I would have spent more time with you while you here. Our love for our heritage and family history along with our passion for music and the arts made for some amazing memories of our late night talks around a bonfire with friends always so much fun. You are deeply loved and missed. Rest In Peace Savvas Will miss your bear hugs personality and your amazing soul.
Camille Constantine
Friend
October 24, 2021
Saavas was a friend of my nephews. He was always so kind, cheerful, friendly funny, creative and helpful. I am older and he was always respectful, kind and lovoing to me - always had a big hug for me. Her dreamed big, when some don't dream at all. I will miss him in this world - many will. Sending love to his family and friends. - Tracy Gill
Tracy Gill
Friend
October 23, 2021
I am deeply sorry to hear that Savvas left us. He was so caring and gregarious and creative. He could "spit" out lyrics fast as lightening. He was quick to claim his love for Jesus regardless of who was around. I am sorry I cannot make it to his service due to illness. I send prayers to his parents, especially, for peace and healing. It is wretched to lose a child and difficult to accept that there was nothing that could be done to prevent such tragic loss.
Julianna von Schwerdtner (Duffy)
Friend
October 21, 2021
To the family of Andre, my sincere and heartfelt condolences. May the comfort of God grant you strength and peace.
James Charles E
Friend
October 21, 2021
Showing 1 - 6 of 6 results