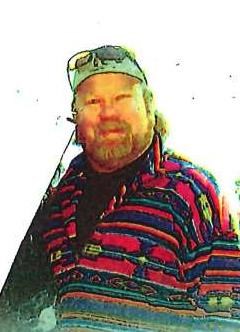 BORN
1965
DIED
2021
Stephen J. Touhey, 55, formerly of Severna Park, Maryland but most recently of Union Bay, Vancouver Island, British Columbia, Canada, passed away on October 7, 2021 following a long battle with cancer. He was born December 23, 1965 in Baltimore City, the son of T. Joseph Touhey, Attorney, and Mary Lee Touhey, of Severna Park. He was the brother of Laura Lee Touhey and Michael J. Touhey of Annapolis, Maryland. He is survived by his loving wife (who he married in 2001) Carolyn Touhey, and his daughter, Mary Pat Touhey, and three grandsons, Robert, Rylann and Marshall Touhey all of Union Bay, Vancouver Island, British Columbia. After attending Severna Park H.S., he worked in the home building trades for several years. In 2004, returning from a trip to Alaska, Steve and Carolyn traveled to Vancouver Island and while in progress discovered a 20-acre property on the East Coast of Vancouver Island. They bought it on sight. In 2006, after the sale of businesses in Maryland, Steve, Carolyn and Mary Pat sold their home and traveled together with six horses to British Columbia where they established several thriving business enterprises. Their property on the Canadian Coast "Two Eagles Lodge" was an award-winning Bed & Breakfast which together with other properties are continuing award-winning vacation spots. Steve together with his loving wife, Carolyn, developed numerous properties on Vancouver Island. Steve's building skills turned properties into showplaces and Carolyn's skill as a marketing specialists and financier turned those properties into profits and income. When not building rental properties, Steve was a devoted outdoors man. He owned a charter fishing boat; skied daily in the winter at Mt. Washington behind his home; scuba dived; hunted; and enjoyed motorcycle riding and his horses. The Touhey home was a constant venue for parties and musical concerts for Canadian friends and U.S. visitors. Above all, he was a devoted grandfather. Services in Canada are complete. Condolences may be sent to Carolyn Touhey and Mary Pat Touhey, www.twoeagleslodge.com, 250-335-2342. Memorial donations may be sent to the Maryland Chesapeake Bay Foundation. A future memorial service in Maryland celebrating his life will be held at a later date to be announced.
Published by The Capital Gazette from Oct. 13 to Oct. 17, 2021.
To plant trees in memory, please visit the Sympathy Store.
MEMORIAL EVENTS
To offer your sympathy during this difficult time, you can now have memorial trees planted in a National Forest in memory of your loved one.
MAKE A DONATION
MEMORIES & CONDOLENCES
3 Entries
May God bless you and your family in this time of sorrow. Steve was one of a kind!! Kind Soul!
Robet Zimmerman
School
October 14, 2021
Sincere prayers at this time for you all ...
Janis Davern
October 13, 2021
Joe, we are so very sorry to hear of your son´s passing. Your face always "lit-up" when you spoke of him and all his adventures. Please know you are truly in our thoughts. With Love.....
Walter Brewer & Doreen Palatka
October 13, 2021
Showing 1 - 3 of 3 results