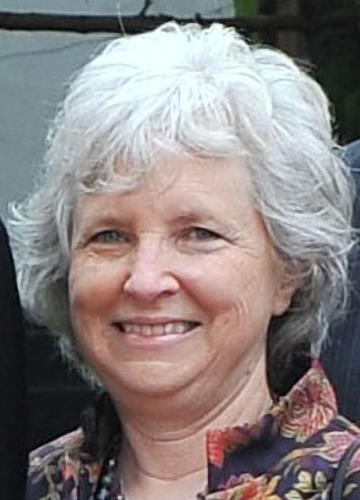 BORN
1946
DIED
2021
FUNERAL HOME
Pritts Funeral Home
412 Washington Road
Westminster, MD
Emily Bugg Guard, 74, died June 10, 2021, after a brief illness at Carroll Hospital, in Westminster, Maryland. Born on December 5, 1946, in Louisville, Kentucky, she was the daughter of the late Marvin and Marianna Moss Bugg. Growing up in a military family, Emily spent her childhood in Mississippi, Japan, Texas, Indiana, California, and Maryland. She attended Westchester High School in Los Angeles, then spent her senior year at Suitland High School in Maryland, graduating in the class of 1964. In 1968, she graduated from the University of Maryland with a degree in history and political science, then worked at the U.S. Copyright Office in the Library of Congress for several years. Emily married Glenn Barry Guard at the First Christian Church in Henderson, Kentucky, on July 13, 1968. Emily and Barry made their home and raised four children in Laurel, Maryland. A devoted wife and mother, she was an active school and Boy Scouts volunteer and a member of Laurel Presbyterian Church. In 1993 at Eleanor Roosevelt High School in Greenbelt MD, Emily organized the first Grad Night, a parent-hosted safe celebration for graduating seniors that has continued for 28 years, temporarily disrupted only by the COVID-19 pandemic. Also in 1993, Emily started a second career at the market research company Sky Alland, later iSky, rising to manager of the company's BMW and Volkswagen accounts. After the children were grown, Emily and Barry moved to Westminster where she enjoyed hosting large family gatherings, gardening, reading, cooking, sewing, and quilting blankets for hospitalized children through Project Linus. Traveling to visit her children and grandchildren, wherever in the world they might be, was a favorite activity for many years. Emily is survived by her husband of 52 years, G. Barry Guard; her sons, Glenn Guard (wife Irina Kushner), Colin Guard (wife Galyna), and Wade Guard, and her daughter, Anna Guard (husband Mike Batchelder); her grandchildren, Ryan, Elise, Alexander, Aidan, Daryna, Willis, May, and Clyde; her sister, Barbara Landreth; her brother, M. Wayne Bugg; and several nieces, nephews, and cousins. A private memorial celebration of life is planned for the family. In lieu of flowers, donations may be made to Carroll County Food Sunday in Westminster. Pritts Funeral Home has been entrusted with arrangements.
To plant trees in memory, please visit our Sympathy Store.
Published by Carroll County Times on Jun. 13, 2021.
MEMORIAL EVENTS
No memorial events are currently scheduled.
To offer your sympathy during this difficult time, you can now have memorial trees planted in a National Forest in memory of your loved one.
Funeral services provided by:
Pritts Funeral Home
MAKE A DONATION
MEMORIES & CONDOLENCES
1 Entry
Wayne I am so sorry to hear of your sister’s death. She sounded like a very accomplished person. My sympathy to your whole family.
Anita Mindrup-Ivie
Friend
June 14, 2021
Showing 1 - 1 of 1 results