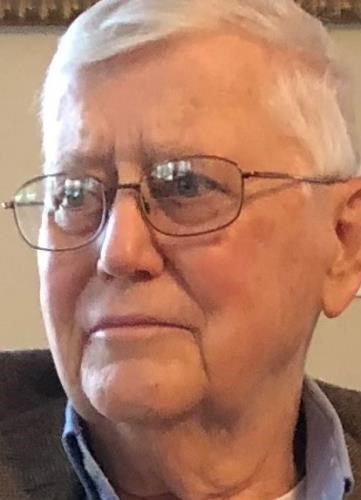 BORN
1936
DIED
2021
FUNERAL HOME
Callanan-Cronin Funeral Home - Hopkinton
34 Church St
Hopkinton, MA
Harold Ray Stevens, 85 formerly a resident of Westminster, died on October 30, 2021 at his residence in Hopkinton, MA with family by his side. Professor Emeritus of English at McDaniel College, he was born 20 May 1936, in Macon, GA, the son of Sudie MacManus and Manuel Eugene Stevens, later of Elkton, MD. He received his bachelor's degree at Western Maryland College, Ph. D. from the University of Pennsylvania, and taught at Butler University and Western Maryland (now McDaniel) College. He was predeceased by Ruth Ann (Wilson '59) Stevens, his wife of 52 years. He is survived by two sons, David James Stevens, Joel Ray Stevens and wife Michelle Fredette Stevens of Hopkinton, MA; two grandchildren, Carly and Wyatt Stevens of Hopkinton; and a brother, David Stevens and wife Betty of Doylestown, PA. An older brother, Paul Stevens, died in 2019. The past president of the Mencken Society was a life member of the Joseph Conrad Society and a 60 year life member of the Modern Language Association, where he served on its Delegate Assembly. In addition, the bibliographer, textual editor, and member of several editorial boards was also active in the Byron Society and other literary associations. At McDaniel College he was voted Distinguished Professor in 1975; served as the president of its Phi Beta Kappa chapter; received faculty awards for creative writing as well as scholarly periodical and book publications; and originated the college's study tours of the United Kingdom, Ireland, and The Culture of New Orleans. Stevens' life-time study of the literary influence of the King James Bible led to a series of essays and presentations at Conferences on Christianity and Literature, an interest that began while he was a local preacher in the Methodist Church in the 1950s. His publications include editing books on John Galsworthy and the Last Essays volume in the Cambridge University Press Edition of the Works of Joseph Conrad, which received the Modern Language Association's "Approved Edition" award; and essays in various volumes and journals on the King James Bible, Lord Byron, H. L. Mencken, the Scopes Monkey Trial, and additional literary topics, such as the edition of Conrad's Congo Diary in the London Folio Society's Conrad's Congo. Interest in Mencken led to occasional contributions to the op-ed page of the Baltimore Evening Sun. Speaking at university conference venues led him from Vancouver to Cape Town, contributing along the way at universities in Toronto, Boston, Philadelphia, Washington, New Orleans, Lubbock, Dublin, London, Canterbury, Lublin, Krakow, Lvov, Haifa, and Potchefstroom. His life as scholar continued as an octogenarian, having published essays in two volumes published in 2018 by the Maria Curie-Sklodowska/Columbia University Press in Conrad's native land of Poland. A final essay will be published in 2021, in Joseph Conrad and Ethics, also in Poland. Community activities ranged from playing trombone in the "Rhythmmasters" big band (Elkton, MD), serving for several years as a local preacher and supply pastor in the Methodist Church (Peninsula Conference, MD), participating on a local American Red Cross board of directors (Westminster, MD), sponsoring a young adult service club (Indianapolis, IN), managing baseball teams in the Finksburg (MD) Little League and soccer teams for Deer Park (MD), and chairing the Carroll County (MD) Department of Recreation and Parks (1982-84). A private service is planned for friends and family on Friday, November 5, 2021 at 10:00 A.M., at the Conowingo Baptist Church cemetery in Conowingo, MD. Instead of flowers, memorial contributions may be sent to the annual fund of McDaniel College, 2 College Hill, Westminster, MD 21157 or the First United Methodist Church, 120 E. Main St., Westborough, MA 01581. Funeral arrangements have been entrusted to the Callanan Cronin Funeral Home, Hopkinton, MA.
Published by Carroll County Times on Nov. 3, 2021.
To plant trees in memory, please visit the Sympathy Store.
MEMORIAL EVENTS
Nov
5
Service
10:00a.m.
Conowingo Baptist Church cemetery
Conowingo, MD
Funeral services provided by:
Callanan-Cronin Funeral Home - Hopkinton
MAKE A DONATION
MEMORIES & CONDOLENCES
1 Entry
David, Joel, and family-- Dr Stevens was one of the most genuinely kind people I have ever known. He was a true gentleman of the old school, and I am so glad I got to know him. I'm sure you all will miss him very much. --Crystal
Crystal Bellinger
Work
November 3, 2021
Showing 1 - 1 of 1 results