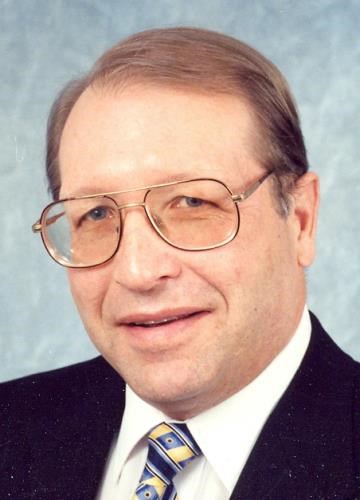 BORN
1946
DIED
2021
FUNERAL HOME
Fletcher Funeral & Cremation Services
254 E Main St
Westminster, MD
Kenneth L. Wayman, II, of Taylorsville, passed away peacefully on June 10, 2021, at Bridging Life (formerly Dove House) in Westminster, MD. Ken was born in Phoenix, AZ, on October 19, 1946. He was the son of the late Kenneth L. Wayman and the late Irene Patricia (Moore) Wayman. Ken's loving wife of 28 years, Catherine (CJ) McAuliffe, was at his side when he lost his long and hard-fought battle with cancer. Along with his wife, he is survived by their beloved son, Kenneth C. (KC) Wayman. Ken graduated from Arizona State University in 1968 with a BS in Electrical Engineering and from Boston University in 1971 with a MS in Business Administration-Business Management. In 1969, he entered the Army as a 2nd Lieutenant. He served in Europe and Vietnam, attaining the rank of Captain and receiving various awards, including the Bronze Star. After leaving the Army in 1972, Ken served for 11 years as a Foreign Service officer in the US Department of State. In 1988, he co-founded Systems Consulting Services, Inc., a software-development company, and served as its president until his death. He was a 100% disabled veteran. Ken was his own man. He loved his tractors, his garden, and his home. He loved books and planning and correcting grammar. He spoke several languages, and he liked road trips in other countries as well as the US. He believed in the US Constitution. He was a doer, and being on time was important to him. More than anything, he loved his family, and he devoted his life to them. Cremation services have been provided by Fletcher Funeral and Cremation Services in Westminster. A private memorial celebration for family and friends will be held to honor Ken's memory. We ask that anyone wishing to donate in his memory send their contributions to Carroll County Food Sunday, 10 Distillery Rd, Westminster, MD 21157. Online condolences may be made at www.FLETCHERFUNERALHOME.net.

Published by Carroll County Times on Jun. 20, 2021.
To plant trees in memory, please visit our Sympathy Store.
MEMORIAL EVENTS
To offer your sympathy during this difficult time, you can now have memorial trees planted in a National Forest in memory of your loved one.
Funeral services provided by:
Fletcher Funeral & Cremation Services
MAKE A DONATION
MEMORIES & CONDOLENCES
0 Entries
Be the first to post a memory or condolences.