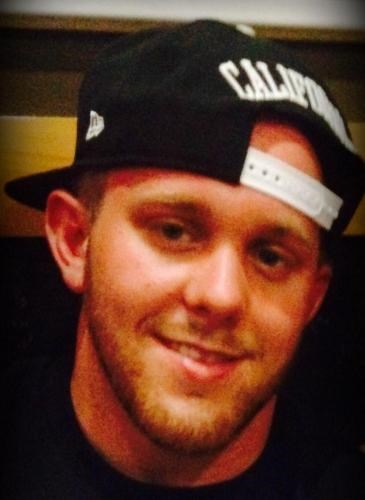 Randy Leroy Crone, III, 22, died on Thursday, September 17, 2015 at his residence. A celebration of life tribute service will be held at 11 a.m. on Friday, September 25, 2015 at Heffner Funeral Chapel & Crematory, Inc., 1551 Kenneth Rd., York, PA 17408 with Pastor Edward J. Rowand officiating. Viewings will be from 7 p.m. to 9 p.m. on Thursday and from 10 a.m. to 11 a.m. on Friday, both at the funeral home. Burial will be in Holy Saviour Cemetery. Born on July 20, 1993 in York, PA, he was a son of Randy L. Crone, Jr. and Tracy (Cook) Grove. Randy was a processor for Magnesita Refractories Co. Randy was an avid Philadelphia Eagles fan. He loved to workout at the gym and enjoyed to make people laugh. Along with his parents, Randy is survived by one brother, Jeremy Crone of Spring Grove; three sisters Samantha Jo Crone of York, twin sister Amanda Crone of Sykesville, MD and Casey Crone of Sykesville, MD; grandparents, Marlene & John Emig, Randy Crone, Sr. and Deb Copp; aunts and uncles, Jeff and Sheila Herman, Sherri Crone, Tammy Knotts and Kimberly Ryen; and several extended family members. He was preceded in death by his grandfather, Richard Copp. Memorial contributions may be made to Randy's Wish, c/o York Traditions Bank, 2305 Susquehanna Trail, York, PA 17404. Send condolences at BestLifeTributes.com


Published by Carroll County Times on Sep. 23, 2015.
To plant trees in memory, please visit the Sympathy Store.
MEMORIAL EVENTS
To offer your sympathy during this difficult time, you can now have memorial trees planted in a National Forest in memory of your loved one.
Funeral services provided by:
Heffner Funeral Chapel & Crematory Inc - York
MAKE A DONATION
MEMORIES & CONDOLENCES
48 Entries
There are no words that can be said to ease this loss. God be with you Randy and may you always be remembered for the smiles you gave to others.
Robert High
October 3, 2015
My thoughts and prayers are with you and your family....May God rest his soul and keep him close as he watches all of you in your time of grief.love hugs and prayers
Kayla and luis and family
kayla micheals
September 30, 2015
Shelley Markley
September 29, 2015
Love and sympathy to your family. I knew him from Central. I'm so sorry. God bless Randy and his family.
Brian
September 27, 2015
It was a privilege to have known and coached Randy. His unique spark dwindled way too soon.
Mark Pontz
September 25, 2015
R.I.P.
September 25, 2015
Sobriety is such a struggle for us my brother..I'll see you on the other side Randy. Love ya!!
Lily Linares
September 25, 2015
My heart and thoughts go out to a wonderful man and his family...especially Sheila and his nephew who he mentioned all the time. PEACE with the Angels my brother.
Love you
Lilliana Linares
September 25, 2015
I knew from coming over to Mikey dad house when I was there it is so sad to see someone so young to pass away my thoughts go out to your family and friends R.I.P.Randy
Cathy Fogle
September 24, 2015
Tracy so sorry for your loss You and your family are in my prayers,I am here for you
Shelly Sauter
September 24, 2015
Randy, I only knew you for a couple of years but in that short of time you became my friend.. You always made me laugh. Never saw you without a smile.... it was a honor to know you and work with you... God Bless
Jarrett Smith
September 24, 2015
My thoughts and prayers are with all of you during this difficult time. So sorry that he left this world so early, but he left his wonderful footprint. RIP Randy!!
Jenny Eyster
September 24, 2015
Randy, Thank you for loving my family. No matter your circumstance, you always were polite, caring and sincere. I know you struggled and fought hard. You brought joy to my daughter in the last few weeks since you were back and I know that God's purpose in that was to make sure she continued your fight to help others who are suffering. Thoughts and prayers to your family and I will help her help others like you. You have taught us all a valuable lesson and have saved others. We will never forget. ❤
Julie
September 24, 2015
Hey man we had some fun times, and should have had some more. you will always be missed brother, you were one of the good ones. Rest easy knowing you are loved.
Tyler Sharrar
September 24, 2015
Rest in Peace.
Prayers to the Family, & thinking of you all!!
Kim Cordora
September 24, 2015
There is sadness in our hearts, for we have lost a part of us. Your smile will live on and remind us there is a tomorrow. We offer our deepest sympathy to your family and friends as we struggle through this difficult time. Randy was loved by all who knew him and will truly be missed. RIP Randy!