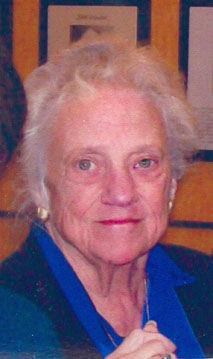 BORN
1940
DIED
2018
FUNERAL HOME
R.T. Foard & Jones, Inc. - Newark
122 W. Main Street
Newark, DE
Ann Altemeier Dearworth, 78, of Wilmington, DE, passed away April 21, 2018 at her second home in Elkton, MD. She was born March 2, 1940 in Detroit, MI, to the late Edna Altemeier and William Arthur Altemeier Jr., M.D.
Ann was a very smart woman. She was also a popular student at her high school in Cincinnati and was even crowned the senior prom queen. Ann graduated from the University of Cincinnati in 1961, which is where she earned her degree in teaching. She also attended Smith College. She was active in the Smith Club of Newark, DE, and interviewed students for admission. With Ann's education and experience, she was able to teach grades K-12. Ann was a Girl Scout leader for a number of years. She worked with the Children of the American Revolution and taught Sunday school for eight years at the Church of Christ in Elkton. Ann helped for a couple of years as superintendent of Sunday school at St. Andrews Presbyterian Church in Newark. Ann primarily spent most of her professional career as the Operations Manager at the office of James R. Dearworth, M.D., her husband's private practice.
Ann is survived by her loving husband of 57 years, Dr. James Robert Dearworth Sr.; son, James Robert Dearworth Jr., Ph. D. (Marcia), of Nazareth, PA; son, John William Dearworth, of Wilmington, DE; grandchildren: Lily, Holly and James. She is also survived by her brothers: William Altemeier III, M.D. (Leslye), of San Antonio, TX; and George Altemeier, of Fort Myers, FL. In addition to Ann's parents, she was preceded in death by her daughters: Kathleen Dearworth and Marjorie Keeley.
Services will be held privately and at the convenience of the family. For more information, please call 302-731-5656.

Published by Cecil Whig from May 11 to May 17, 2018.
To plant trees in memory, please visit the Sympathy Store.
MEMORIAL EVENTS
To offer your sympathy during this difficult time, you can now have memorial trees planted in a National Forest in memory of your loved one.
Funeral services provided by:
R.T. Foard & Jones, Inc. - Newark
MAKE A DONATION
MEMORIES & CONDOLENCES
Sponsored by R.T. Foard & Jones, Inc. - Newark.
3 Entries
Please accept our heartfelt condolences for your loss of Ann. May the scripture at Romans 15 verse 13 prove comforting to you at this time and May the Peace of God continue with you as He provides Solace during your time of grief. Sincerely, Bob and Jeannie from Orlando, FL
May 23, 2018
Please accept my condolences during your time of great sadness. May you cherish fond memories to cope with the pain from day to day. Take note of the comforting words at 1Thessalonians 4:14, the beautiful hope of seeing your love one again.
JM


May 15, 2018
Our prayers go out to the Dearworth Family. Dr. Dearworth was our family doctor for years. Mrs. Dearworth was always in the office ready to give a helping hand. We are so sorry to hear of her passing. May all the good memories get the family through this difficult time.
Steve and Pat Weyl
May 15, 2018
Showing 1 - 3 of 3 results