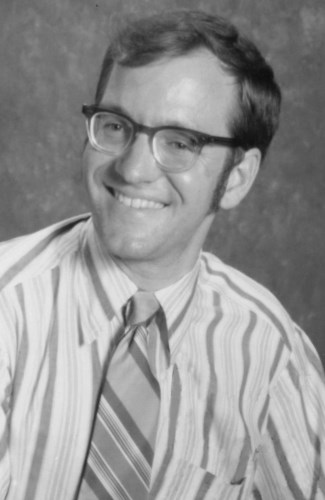 BORN
1946
DIED
2019
Steven William Moje, 73, passed away Saturday, November 2, 2019. He was born October 21, 1946 to William and Suzanne Moje and grew up in Riverside, California. His father worked as an Associate Chemist in the Plant Pathology Department at the University of California, Riverside (UCR). His mother was a homemaker, artist and musician. Steve took to science at an early age, and after high school, was accepted to UCR and awarded the Regents Scholarship, the most prestigious scholarship awarded to incoming UCR freshmen. In 1969, Steve was drafted into the Vietnam war, and served in the Army's 73rd Field Artillery Regiment, where he was awarded the Army Commendation Medal for his actions. After his service in the Army, he attended The University of Illinois at Urbana-Champaign. He earned his PhD in organic chemistry and accepted a position at Dupont. He found a home in the Glen Farms community in Elkton, Maryland, and remained there for the rest of his life.

Steve had a passion and joy for science and music-he was active in playing music with friends, and gave guitar and piano lessons to children for decades. He wrote several children's books that combined science with fun, with titles that included 100 Science Experiments with Paper, Paper Clip Science, Cool Chemistry, and One-Minute Toys. He was a dedicated member of the Ebenezer United Methodist Church in Newark, Delaware, where he sang tenor in the choir. He also taught Sunday school and Bible school with his unique approach, combining Bible lesson curriculum with science projects. He is survived by his four sisters, Peggie Moje Peebles, Jeanne MacDonald, Laurel Wetzork, and Catherine Henry, and their children and grandchildren. A memorial service will be held for Steve on Saturday, December 14th at 3:00 P.M. at the Ebenezer United Methodist Church, 525 Polly Drummond Hill Road, Newark, Delaware, 19711. Donations may be made in his name to Ebenezer United Methodist Church (https://www.ebenezerumcnewark.org/).
Published by Cecil Whig on Nov. 14, 2019.
To plant trees in memory, please visit the Sympathy Store.
MEMORIAL EVENTS
Dec
14
Memorial service
3:00p.m.
Ebenezer United Methodist Church
525 Polly Drummond Hill Road, Newark, DE
MAKE A DONATION
MEMORIES & CONDOLENCES
1 Entry
Please accept my heartfelt condolences for your loss. May your treasured memories of Steven always fill your heart with love and peace
November 14, 2019
Showing 1 - 1 of 1 results