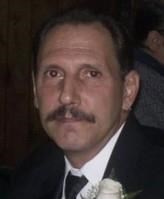 BORN
1959
DIED
2021
FUNERAL HOME
Wetzler Funeral Service Inc
206 N Spring St
Bellefonte, PA
Daniel E. Lamana
July 24, 1959 - November 16, 2021
Milesburg, Pennsylvania - Daniel E. Lamana, 62, of Milesburg, passed away at home on Tuesday, November 16, 2021. Born on July 24, 1959, in Philadelphia, he was the son of Daniel Lamana, Jr. and Edna (Summers) Lamana, who are surviving at their home. On April 6, 1987, he married his beloved wife, Susan (Lucchesi) Lamana, who survives at home after sharing more than 34 years of marriage together.
Daniel worked at Freda Meats until his retirement in 1996.
In addition to his wife, Susan, he is survived by his five daughters, Christy Zarrella (Dominic), Danielle Lamana (Lucian Testa), Nicole Willey (Arthur), Alyssa Lamana (Christian Norman), and Marialaina Lamana (Zack Walter), and 13 grandchildren. Also surviving is a sister, Tina D'Alonzo, numerous nieces and a nephew, aunts, uncles, and brothers-in-law, and sisters-in-law.
Daniel loved the outdoors and was an avid hunter. He took extraordinary pride in teaching his daughters how to shoot and properly handle firearms. Daniel treasured spending as much time as possible with his grandchildren. He would always describe his "perfect day" as being with his family and friends, enjoying music and an ice-cold beer.
A Celebration of Life will be held at a later date. Arrangements are under the direction of Wetzler Funeral Service, Inc. in Bellefonte.
Online condolences may be made to the family at www.wetzlerfuneralhome.com.

Published by Centre Daily Times on Nov. 28, 2021.
To plant trees in memory, please visit the Sympathy Store.
MEMORIAL EVENTS
To offer your sympathy during this difficult time, you can now have memorial trees planted in a National Forest in memory of your loved one.
Funeral services provided by:
Wetzler Funeral Service Inc
MAKE A DONATION
MEMORIES & CONDOLENCES
Sponsored by Centre Daily Times.
0 Entries
Be the first to post a memory or condolences.