Donald Baum August 12, 1942 March 29, 2014 Donald Baum, of Bellefonte, died Saturday, March 29, 2014, at his home. He was born in Altoona on Aug. 12, 1942, a son of the late Frances and Bertha (Evans) Baum. In 1964 he married Donna McIntyre, who survives at home. Don was a graduate of Altoona High and worked in copy machine sales. He proudly served his country in the U.S. Marine Corps and was a member of the Bellefonte VFW and American Legion, as well as the Bellefonte Bowling League. He was an avid bowler and enjoyed woodworking, but most of all enjoyed spending time with his grandchildren and supporting his Pittsburgh Steelers. He was of the Catholic faith. In addition to his wife, he is survived by four sons, John E. (Mary Jo) Hanson, of Altoona, Arthur (Sun Yong) of N.J., Robert Hanson, of Osceola Mills, and Donald (Rebecca) Baum, of Columbus, Ohio; two sisters, Geraldine and Barbara; five brothers, Bob, Franklin, Jim, Lou, and Richard; and five grandchildren, Hanna, Amber, Alex, Colton, and J.D. He was preceded in death by his brother John. Service will be private. Online condolences can be made at www.kader-neff.com.

Published by Centre Daily Times on Mar. 30, 2014.
To plant trees in memory, please visit the Sympathy Store.
MEMORIAL EVENTS
To offer your sympathy during this difficult time, you can now have memorial trees planted in a National Forest in memory of your loved one.
MAKE A DONATION
MEMORIES & CONDOLENCES
Sponsored by Donna.
13 Entries
Miss you dad, we all miss you.
Art
January 22, 2015
Dear Donna,
So sorry to hear of Don's passing. I worked out of the Harrisburg branch and often traveled to State College to work with Don on installations. Always enjoyed his company. He was a great guy and what a salesman!
John Szeerba
April 6, 2014
Donna & family,

We were shocked to read of Don's passing. We have all lost another wonderful friend and pray that the comfort of family and friends help you find peace in knowing he was so loved by so many, in this time of sadness. He will never be forgotten.

Mike & Dottie Irvin
Mike Irvin
April 6, 2014
Donna, I was so sorry to learn of Don's death just days after my husband, Ed, passed away. I truly feel your loss. I remember the many times we four enjoyed each other's company and Don's sense of humor. Please know that every time I think of Ed and E.N.D., I will remember Don. My prayers are with you and your family. Please feel free to e-mail me any time at [email protected]
April 2, 2014
Dear Donna: You most likely don't remember me but I worked with Don for a few years at E.N. Dunlap while I was the Branch Mgr. in Lancaster. When visiting his office in State College or seeing him at a meeting in Harrisburg he always made me laugh. He was a great person and knew his business well. The only thing I can say to help your loss is that he has gone to a better place. Our condolences to you and your family.
Dick Bennett
April 1, 2014
Donna, sorry to hear of Don's passing.
The END stories will stay with me forever.
Our thoughts and prayers are with you.
Joe and Mary Ann Muri
March 31, 2014
Donna

With sympathy and prayers
Denise Calamia
Denise Calamia
March 31, 2014
Donna---So sorry to hear of Don's passing. I had the pleasure of working with Don for many years at END. He was a great guy with some great stories to tell. 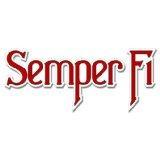 God Bless/RIP,to ALL who served.Thank YOU for your service,Don."When we look to heaven's scene,we will find that the gates are guarded by Another U.S.Marine".
Herb Guyer-Sharfenaker USMC
March 31, 2014
Thank you for your service to our great country! R.I.P.
March 31, 2014
Donna and family- so sorry to read of Don's passing. I have many good memories of you when you lived next to my parents. God bless.
Janet Rehkopf-Green
March 30, 2014
During my career at Northwest Savings Bank I had the privilege of meeting many fine people and Don was one of them. We visited nearly every time he came to the West College office, not far from his office and each visit was always a pleasant part of my day. Baum family, I'm sorry for your loss. God only made one copy of Don. God will be with you all in the rough times ahead.
Spence Garvin
March 30, 2014
Showing 1 - 13 of 13 results