FUNERAL HOME
Koch Funeral Home - State College
2401 S. Atherton Street
State College, PA
Donald W. Hamer December 29, 1925 July 12, 2016 Donald W. Hamer, 90, of Bellefonte, died Tuesday, July 12, 2016, at Mount Nittany Medical Center. Born December 29, 1925, in Byron, Ill., he was the son of the late Kenneth and Lois McDougall Hamer. On September 29, 1990, in State College, he married Marie Bednar. In addition to his wife, he is survived by two sisters, Patricia Wells, of Scottsdale, Ariz. and Kathryn Berkes and her husband, John, of Webster, N.Y.; sister-in law, Nancy L. Hamer, of Byron, Ill.; and numerous nieces and nephews. In addition to his parents, Don was preceded in death by his brother, David Kenneth Hamer; brother-in law, Tom Wells; and his first wife, Dorothy Walton Hamer. Don earned his bachelor's degree in ceramic engineering from the University of Illinois in 1945. He joined the United States Navy, serving at the end of World War II and later in the Korean Conflict. He received his MBA from the University of Chicago's Booth School of Business in 1958. In 1963, he began working at Erie Technological Products of State College as the chief engineer of the materials division until being promoted to corporate research director. During this time, he attended Penn State University where he received his bachelor's degree in electrical engineering in 1968. In 1969, Don founded State of the Art, Inc. which became the leading manufacturer of high reliability chip resistors for microelectronics. In 1987, State of the Art became the first manufacturer to achieve the highest reliability level, "S-level", for MIL-PRF-55342 chip resistors. State of the Art, Inc. provides high reliability thick and thin film resistor components for the biomedical, communications, aerospace, and defense industries worldwide, exporting products to over 20 countries. One of Don's proudest achievements is that State of the Art resistors were used in NASA's Voyager spacecraft, launched in 1977, and are still going strong after traveling more than 20 billion kilometers through our solar system and beyond. Don was proud to say "Now that's reliability!" Don enjoyed being successful, but he enjoyed giving away the fruits of his success even more. He founded the Hamer Foundation in 1989, but it was the late Joe Paterno, who really fired him up about philanthropy, when he asked him in the early nineties to make a significant contribution for the expansion of the Pattee Library. To be able to fund such a worthwhile project made Don feel good and his passion for philanthropy took off. Over the years, he supported various projects at University of Illinois and University of Chicago, where he helped to establish the Hamer Small Business Initiative in 2004. Penn State, however, was closest to Don's heart. He has generously given to the Palmer Museum of Art, the PSU Libraries, the Arboretum and the Department of Materials Science and Engineering in the College of Earth and Mineral Sciences. He also strongly supported the College of Arts and Architecture, where he established the Hamer Center for Community Design. Don was also a strong supporter of many local human service agencies, including Centre County United Way, Centre County Women's Resource Center, Housing Transitions, Interfaith Human Service, Food Bank of State College and Centre Volunteers in Medicine. Don cared deeply for the preservation of natural resources and generously gave of his time and resources to environmental groups, including the ClearWater Conservancy, the Millbrook March Nature Center, the Shavers Creek Environmental Center, the Nature Conservancy of PA and the World Wildlife Fund. Among other projects, he helped to create a 640-acre prairie restoration project near his home town, Byron, Ill. and donated to the PA Nature Conservancy to purchase acreage for West Branch Forest, Clinton County. For his philanthropic and conservation activities, he was awarded numerous awards, including the 1992 Teddy Roosevelt Conservation award in a White House ceremony; he was also selected to be the 1995 PSU Renaissance Man of the year, 2014 Penn State Philanthropist of the year, and was inducted into the University of Illinois Engineering Hall of Fame in 2013. In his younger years, Don loved to travel the world, garden, hike, ski and sail his boat in the British Virgin Islands. He was an avid photographer and took great pictures of animals, flowers and scenery during his travels in Africa, South America and Europe. He also had a life-long interest in reading and world affairs. A celebration of Don's life will be held at 2:00 p.m. on Saturday, August 13, 2016, at the Unitarian Universalist Fellowship of Centre County, 780 Waupelani Drive, Ext., State College, PA 16801. Memorial contributions may be made to the ClearWater Conservancy, 2555 N. Atherton Street, State College, PA 16803 or to the charity of your choice, in memory of Donald W. Hamer. Arrangements are under the care of Koch Funeral Home, State College. Online condolences and signing of the guest book may be entered at www.kochfuneralhome. com or visit us on Facebook.

To plant trees in memory, please visit our Sympathy Store.
Published by Centre Daily Times on Jul. 16, 2016.
MEMORIAL EVENTS
No memorial events are currently scheduled.
To offer your sympathy during this difficult time, you can now have memorial trees planted in a National Forest in memory of your loved one.
Funeral services provided by:
Koch Funeral Home - State College
MAKE A DONATION
Please consider a donation as requested by the family.
MEMORIES & CONDOLENCES
7 Entries 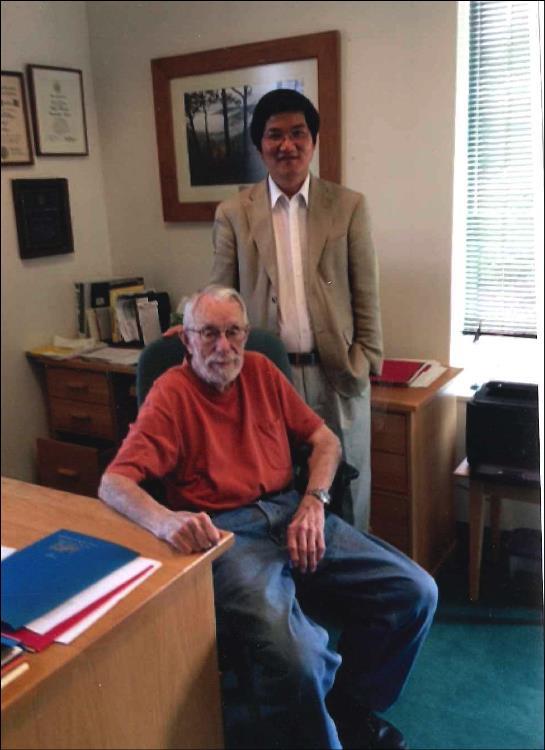 I was honored and lucky to be named the Hamer Professor of Materials Science and Engineering in the College of Earth and Mineral Sciences at Penn State and to meet with Mr. Hamer personally in his office last year. He was very generous with his time talking to me and showing me around the company. It was such a wonderful experience that I will remember for the rest of my life. It was so sad to hear the news that Mr. Hame just passed away. His entrepreneurship and spirit of generosity will live forever. My deepest condolences to the family and friends of Mr. Hamer.
Long-Qing Chen
August 17, 2016
Marie, It was a privilege to work in the Don Hamer Map Library in Pattee with you. I know that Don loved maps and geography and he will always be remembered.
Hilary Kleckner
July 25, 2016
It is with great sadness that Don has passed away. As an Honorary Board Member, he was a friend, adviser and generous supporter of Discovery Space. He was a fine gentleman and those of us who got to know him are truly blessed.
The Staff and Board of Discovery Space of Central PA
July 18, 2016
We lost a good friend and a visionary
scientist 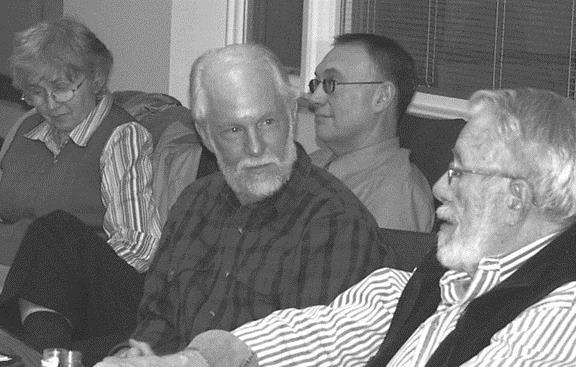 Don was instrumental in framing the mission of ClearWater Conservancy. He helped guide us in strategy while pushing us to expand our horizons. He was a creative, innovative mind that helped grow our organization and challenged us to be great. What an inspiration he is -- and what a privileged to have worked beside him. We are forever grateful for his love and guidance.
ClearWater Conservancy
July 18, 2016
Thank you Don you were a kind and caring sole.
Thank you for making Sate of the Art possible,you will be missed.
Rosemary Heilman
July 16, 2016
Uncle Don enriched my life, he showed me the true meaning of giving. He taught me many lessons over my life and I will miss him. We knew that the day would come when he would be gone, but it came to soon. I love you, Uncle Don.
Sarah Trost
July 16, 2016
Showing 1 - 7 of 7 results