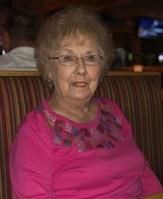 BORN
1928
DIED
2021
FUNERAL HOME
Wetzler Funeral Service Inc
206 N Spring St
Bellefonte, PA
Genevieve M. Boal
August 25, 1928 - November 24, 2021
Pleasant Gap, Pennsylvania - Genevieve M. Boal, 93, of Pleasant Gap, passed away on Wednesday, November 24, 2021, at The Oaks of Pleasant Gap. Born on August 25, 1928, in Bellefonte, she was the daughter of the late James and Jane (Hoover) Glenn.
Genevieve was a 1946 graduate of Bellefonte High School. She worked as a sales clerk for Danks Department Store in the 70s. She later took a position in the Pollock Commons at Penn State, where she worked from 1977 until her retirement in 1991.
She is survived by her two daughters, Cheryl and Linda, four grandchildren, Renae, Kylie, Jennah, and Ahleah, and two great grandchildren, Blair and Quinn.
In addition to her parents, she was preceded in death by her former husband, Harry Boal, in 1985, and a son, Terry Boal, in 1959.
Genevieve was a past member of Trinity United Methodist Church in Bellefonte. She enjoyed going for car rides, especially in the fall. She was an avid animal lover, most notably her cats. Her greatest joy in life was taking care of her family. Her family always looked forward to the delicious meals that she would cook for them. She leaves behind countless memories that her children and grandchildren, who adoringly called her "Mamie," will forever treasure.
Funeral services and burial will be private at the convenience of the family. Arrangements are under the direction of Wetzler Funeral Service, Inc. in Bellefonte.
Memorial contributions may be made in Genevieve's memory to Centre County PAWS, 1401 Trout Road, State College, PA 16801.
Online condolences may be made to the family at www.wetzlerfuneralhome.com.

Published by Centre Daily Times on Nov. 28, 2021.
To plant trees in memory, please visit the Sympathy Store.
MEMORIAL EVENTS
To offer your sympathy during this difficult time, you can now have memorial trees planted in a National Forest in memory of your loved one.
Funeral services provided by:
Wetzler Funeral Service Inc
MAKE A DONATION
MEMORIES & CONDOLENCES
Sponsored by Centre Daily Times.
4 Entries
Cheryl & daughters, My heart felt condolences on losing your mom. I enjoyed the time spent with her many years ago, when I moved to this area. May she have eternal life.
Annie Kadingo
Friend
November 30, 2021
Cheryl and Linda So sorry to hear of your mom's passing,please accept my heartfelt condolences and i hope that in a small way help you through these trying times.
Gene Rockey
November 30, 2021
As the days and weeks pass, and as you return to life's routine, may you continue to feel comforted by the love and support of family and friends. Please take comfort in the words found at 2nd Thessalonians 2:16, 17.
DT
November 25, 2021
May the love of friends and family carry you through your grief.
Mae
November 25, 2021
Showing 1 - 4 of 4 results