FUNERAL HOME
Myers-Somers Funeral Home Inc
501 6Th Ave
Altoona, PA
Richard Allen Bloom September 10, 1926 February 10, 2015 Richard Allen Bloom, 88, went home to be with the Lord Tuesday morning, February 10, 2015, at Greenhills Village, State College. He was born September 10, 1926, in Altoona a son of the late Paul and Ruth (Boyer) Bloom. He married his beloved wife of sixty-six years Norma Ruth Chamberlain in 1946, in Townsend, Md. Surviving are his two daughters, C. Ann Bloom and Sherry J. Bloom, both of State College; brother, Donald Bloom, of Dover, Del. Richard was preceded in death by a sister, Jane Sparks. Mr. Bloom attended the Christian Missionary Alliance Church, State College and formerly attended Altoona Bible Church, Altoona. He was a 1945 graduate of Altoona High School. Richard was a U.S. Navy veteran of WWII attaining the rank of Seaman First Class. He was a survivor of the bombing by the Japanese of the aircraft carrier U.S.S. Franklin "Big Ben" in March of 1945. He retired as an electrician from Conrail in June 1990, after 37 years service. After his retirement from the railroad, Richard was employed as an oxygen technician for Dick's Homecare, Altoona with 15 years service. Friends will be received from 11:00 a.m. to 1:00 p.m. Friday, February 13, 2015, at Myers-Somers Funeral Home, Inc., 501 Sixth Avenue, Altoona where a funeral service will be held at 1:00 p.m. with Pastor Stewart W. McClelland officiating. Interment will be made at Oak Ridge Cemetery.
To plant trees in memory, please visit our Sympathy Store.
Published by Centre Daily Times on Feb. 12, 2015.
MEMORIAL EVENTS
No memorial events are currently scheduled.
To offer your sympathy during this difficult time, you can now have memorial trees planted in a National Forest in memory of your loved one.
Funeral services provided by:
Myers-Somers Funeral Home Inc
MAKE A DONATION
MEMORIES & CONDOLENCES
4 Entries
I am so sorry to read about your loss. Death is not an easy thing, but God wants us to turn to him for comfort during this time. "He heals the broken hearted; He binds up their wounds." (Psalm 147:3) Your family will be in my prayers.
February 15, 2015
Sherry, Ann and family,
My prayers and thoughts are with you an your family. Your dad was truely a fantastic person and I'm glad I had the honor and prevligde to know him. 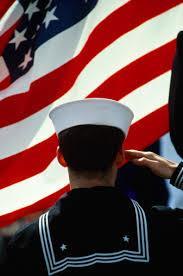 Thank you Sir, for your service to our great country. May you R.I.P.
February 12, 2015
Dear Bloom Family,

My thoughts and prayers are with you.