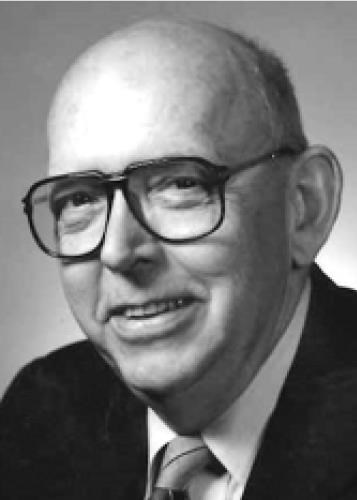 FUNERAL HOME
Koch Funeral Home - State College
2401 S. Atherton Street
State College, PA
Thomas Boone Brown March 3, 1926 November 21, 2017 Thomas Boone Brown, 91, of State College died Tuesday, November 21, 2017, at Geisinger Medical Center in Danville. Born March 3, 1926, in Meyersdale, he was the son of the late T. Boone and Jane Graves Brown. On June 4, 1955, in Gettysburg, he married the former June Roush, who survives in State College. Thomas is also survived by two daughters Vicki Brown (Richard Morin), of San Bruno, Calif. and Keri Wilson, of Dallas, Texas. He is survived by a sister Jean Brown Forster, of State College. Thomas was preceded in death by his brother Jack G. Brown; and sister Joan Brown Walsh. Also surviving are numerous nieces and nephews. Tom graduated from Meyersdale High School in 1943, from Williams College in Williamstown, Mass. in 1950, and Penn State University in 1956. While teaching at Penn State, he received his master degree in Architectural Engineering. He retired from Penn State University as a professor of architecture and architectural engineering. Tom designed several homes and other buildings in and around State College, in his private practice and with local architect Philip Hallock. He was a veteran of the Army, having served in Italy during WW II. He was a member of the Faith United Church of Christ in State College, the American Institute of Architects, F & AM masonic Lodge 554 in Meyersdale, Royal Arch Mason Chapter #241 of Bellefonte, where he was a Past High Priest, Constans Commandery # 33 in Bellefonte, where he was a Past Commander, and Jaffa Shrine in Altoona. Memorial services will be announced in Spring of 2018. Contributions may be made to: Architectural Engineering, General Scholarship Fund, 27 Old Main, University Park, PA 16802. Arrangements are under the care of the Koch Funeral Home. Condolences and signing of the guest book may be made at www.kochfunralhome.com or visit us on Facebook.

To plant trees in memory, please visit our Sympathy Store.
Published by Centre Daily Times on Dec. 5, 2017.
MEMORIAL EVENTS
No memorial events are currently scheduled.
To offer your sympathy during this difficult time, you can now have memorial trees planted in a National Forest in memory of your loved one.
Funeral services provided by:
Koch Funeral Home - State College
MAKE A DONATION
MEMORIES & CONDOLENCES
4 Entries
Sad to hear of Tom's passing. I was a Penn State Architectural Engineering student of his (AE '82) and he was my favorite professor. He was practical, focused and fun. His classes were always interesting and I considered him an excellent teacher. I can still hear him say "Just for fun, what if we ...." He was also my professor for an independent study course that was just for me. RIP Professor Brown.... Paul Morris
January 5, 2018
Over 26 years on I still remember the personal warmth he brought to his classroom...and his laughter and smile. Always a great teacher, always a kind person to be around. My heartfelt condolences to his family.
-Todd McQuinn, AE Class of 1991
January 4, 2018
Tom, always a great teacher and colleague, was a great guy to be around. Our condolences to close friends and family. He will be missed.
Larry and Carole Degelman
December 9, 2017
I am so sorry for your loss.
May God's promise in John 6:40 give your family the hope and comfort needed during this difficult time.
LA
December 8, 2017
Showing 1 - 4 of 4 results