BORN
1939
DIED
2018
FUNERAL HOME
J. Henry Stuhr Downtown Chapel
232 Calhoun Street
Charleston, SC
John Nicholas Vournakis Charleston - John Nicholas Vournakis, PhD, 78, of Charleston, South Carolina, husband of Karen Ann Munro Vournakis entered into eternal rest Wednesday, January 17, 2018. His Funeral Service will be held Tuesday, January 23, 2018 in the Greek Orthodox Church of the Holy Trinity, 30 Race Street at 2:00 p.m. Interment, Live Oak Memorial Gardens. The family will also receive friends Monday from 5:00 p.m. until 7:00 p.m. in J. HENRY STUHR, INC. DOWNTOWN CHAPEL, 232 Calhoun Street. WHERE HE CAME FROM John was born December 1, 1939 in Cambridge, Ohio, son of the late Nicholas John Vournakis and Panayota Andritsakis Vournakis. Nick and Pota where immigrants from Goritsa, a small rural village in the Peloponnese region of Greece, near Sparta. John's Greek heritage would inform his entire life, leading to academic and business collaborations there and many visits to see family and friends. He grew up in Albion, MI. Nick and Pota opened a diner, Nick's Lunch, around 1942 on S. Superior St. downtown. Post WW2 Albion was a boomtown. Many businesses thrived at this time in support of the Detroit automobile manufacturers. It was a great place to grow up. John attended Albion High School, excelling in academics, as well as playing several sports (football, tennis). He was a studious young man and his efforts earned him a full scholarship to attend Albion College. There he completed his Bachelor of Science (BS) in Chemistry, Physics and Math in 1961. He was a member of the varsity football team, Sigma Nu Fraternity and was student council president. It was at Albion College that John met Karen Munro, who was to become his wife (married 1961) and the love of his life. Their first and only child Christopher was born in 1963 in Ann Arbor, MI. Shortly after completing college John decided he wanted to become a research scientist. Graduate studies took him from the Midwest to the east coast. First to Ithaca, NY where he received his Doctor of Philosophy (PhD) from Cornell University in Physical Biochemistry in 1968. He entered into an academic exchange program with the University of Prague that fall, but his experience was cut short due to the "Prague Spring" and communist oppression that followed. Spending only a few months there, John decided to move his young family back to the US. He found a position in Boston, MA where he trained as a post-doctoral and research associate at MIT first, and then Harvard University in the fields of molecular biology and genetics. Having completed his studies, John was now ready to pursue his career. WHAT HE DID His first tenured position was at Syracuse University beginning in 1973 as Professor of Biology where he spent 12 years doing research on the physical chemistry of RNA structure and on the mechanism of drug-DNA interactions. Moving to Hanover, NH in 1985 he took a role at Dartmouth College as Professor of Biology where he founded their Molecular Genetics Center. His last academic role before moving full time into business came at the Medical University of South Carolina, as Professor of Medicine, which brought John and Karen to Charleston, SC in 1995. Stints in business were interwoven with his academic roles. He assisted in establishing the genetic engineering group at Bristol-Myers. He was Senior Vice President for biotech start-ups Verax and Genmap. A lasting role in John's life was as Vice President Research and Development at Marine Polymer Technologies, a company he helped co-found in 1992. It was at MPT in partnership with CEO Sergio Finkielsztein and Ray Pariser where John made significant contributions to the medical field. Together they created products that promote wound healing and hemostasis. Another venture with Mr. Finkielsztein was the creation of biotech company Admune Therapeutics. There they developed drug therapies to fight metastatic cancer. Admune was purchased by Novartis in 2015. Publisher of 150+ scholarly works, inventor on 25+ US and foreign patents, and the first South Carolina inductee into the National Academy of Inventors, John had a long, industrious, and fruitful career in helping to improve the human condition. WHO HE WAS Meeting John for the first time you probably would not be aware of the academic and business achievements he made. He was personable, down to earth, easy to talk to, and interested in connecting with people. He loved sports, football and basketball in particular: Michigan Wolverines, Syracuse Orangemen, NY Knicks, NY Giants and NY Yankees were his teams, and of course he followed Albion College football having played there. Travel was another passion, mainly to Europe and throughout the US and Canada. He traveled to Greece on a regular basis to see his family there. He held his parent's country of origin close to his heart, always enthusiastic to connect with fellow Greeks. Always curious, but not limited to the scientific world, history, archeology, literature, music and art were all passions of his. Professionally, he was able to bridge the gap between science and business; however, his greatest passion was being a loving husband, father, grandfather (Papou), brother, uncle, cousin, son and friend. He embraced all and he will be missed. SURVIVORS He is survived by his wife, Karen, of Charleston; his son, Christopher N. Vournakis (Vanessa) of Huntington Beach, CA; brother, James Vournakis (Karen Sue) of Alpharetta, GA; and two grandchildren: Dillon C. Vournakis and Devan N. Vournakis and many cousins, nieces, nephews and friends. DONATIONS Memorial gifts may be directed in lieu of flowers to the MUSC Foundation/Hollings Cancer Center, 18 Bee Street, MSC450, Charleston, SC 29425. Visit the donation website for more information, which can be found by using the following Google Keywords: MUSC Hollings Cancer Center Donations A memorial message may be sent to the family by visiting our website at www.jhenrystuhr.com. Visit our guestbook at www.legacy.com/obituaries/ charleston 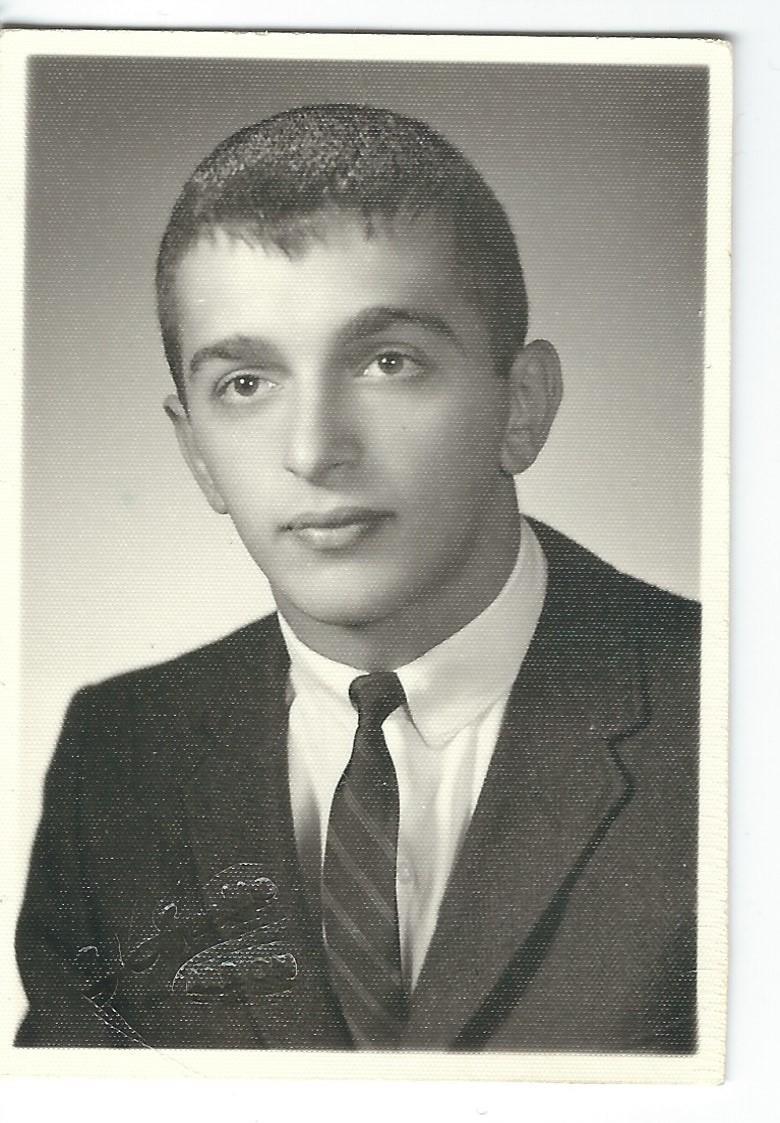 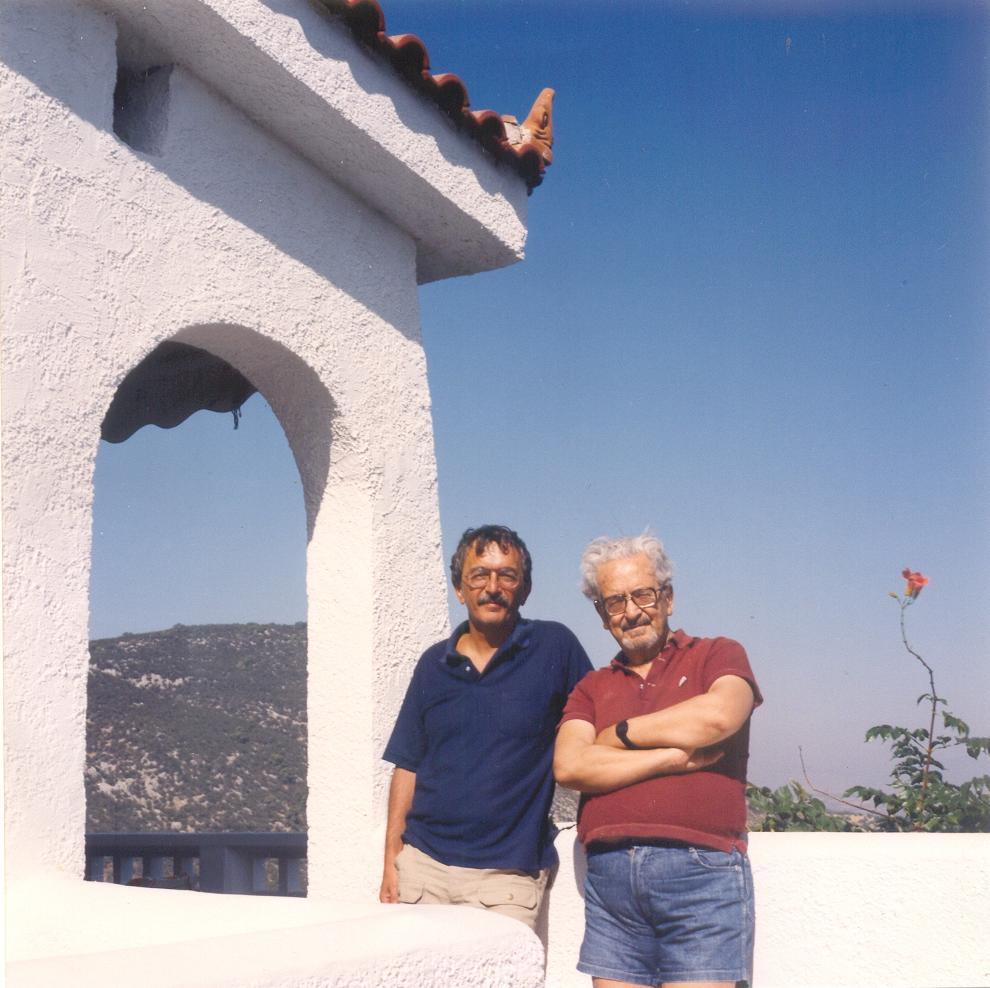 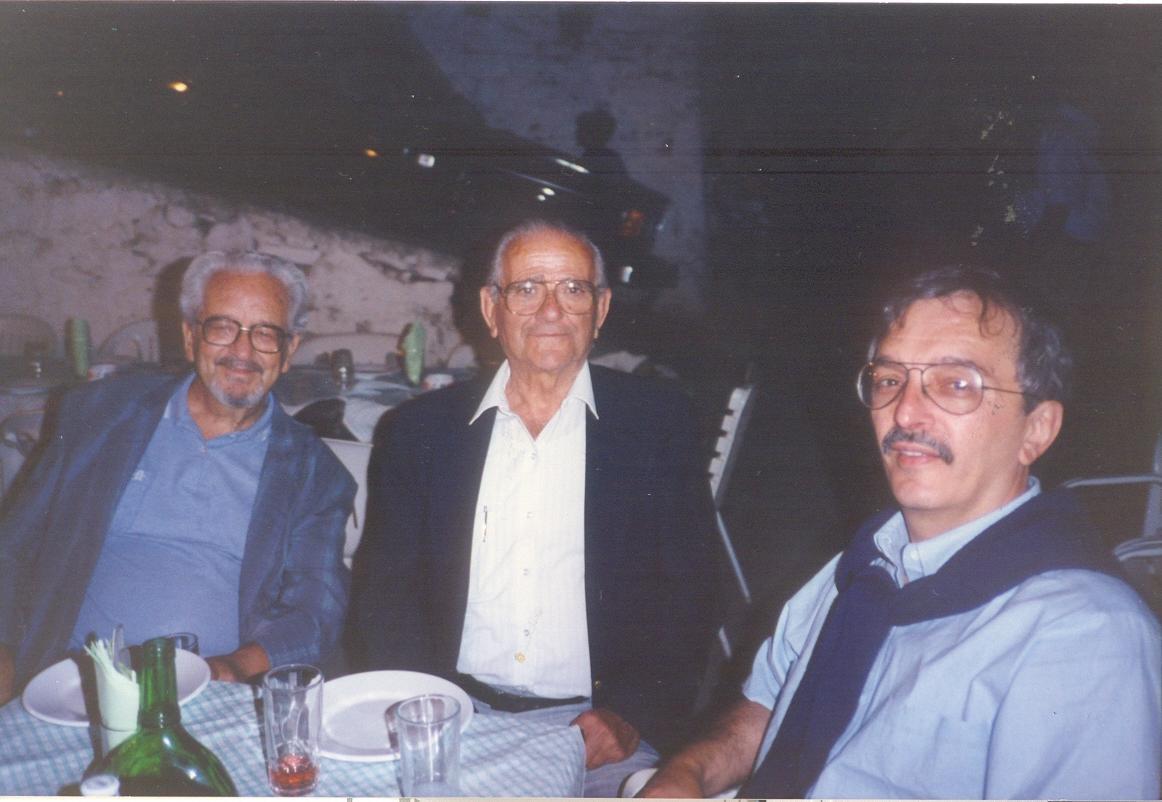 I was so sad to hear of John's passing (from Arun Seth). John was a very good man and I am very glad that I had a chance to know him as a friend, mentor, and scientist. He opened my eyes to the commercial side of science in a most illuminating way. 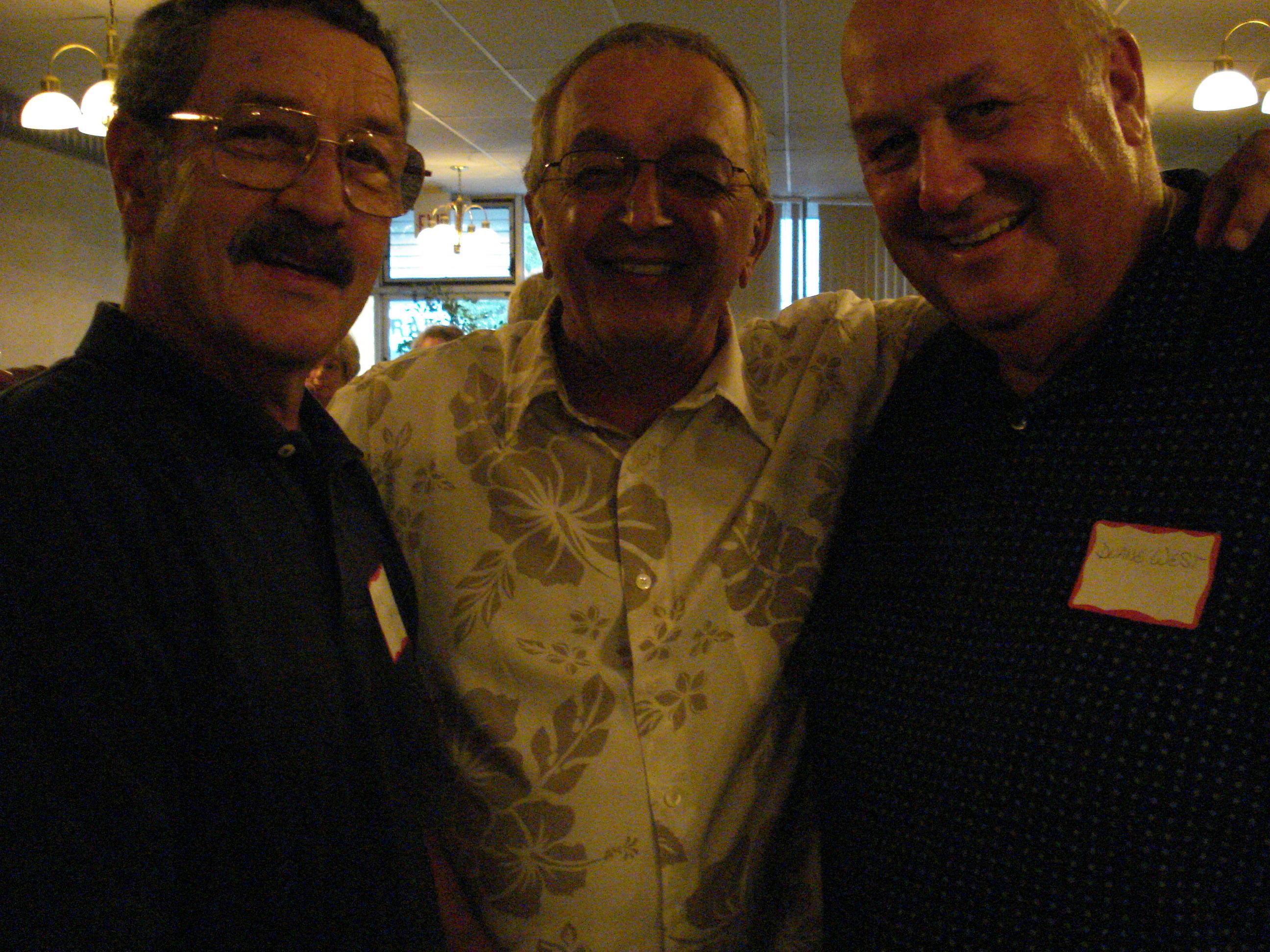 Duane West
January 23, 2018
All my condolences for the death of John
I remembered Philippe talking about him with praises
My prayers and thoughts are with you

Marie Laure Arnaud
Marie Laure Arnsud
January 23, 2018
My most sincere condolences to Karen, Christopher, Jim and the entire Vournakis family. John had a profound impact on many lives. I have over 50 years of lovely memories.
Again, my heartfelt condolences.

Charlie Becker
January 23, 2018
I knew John since the first grade at Dalrymple grade school in Albion Michigan. Back then there were three of us (John Vournakis, Jack Watson and me). We spent many fun and innocent hours playing Cowboys, Army, etc. after school. John lived on Porter Street and Jack on Clinton Street. Johns back-yard backed up to the King-Heilrigle funeral home on East Erie Street. At that time there was a nice grassy side yard with a little hill and several large decorative rocks to hide behind. Perfect place for our imaginary battles. On numerous occasions Pota, or someone from the funeral home, would shoo use away to take our play somewhere else because they were having a funeral service.
Both John and Jack moved away from Dalrymple grade school. We did get back together in high school, but never to the same degree as in grade school. After high school John went on and accomplish many great deeds in both academia and the business world. Jack went on to become the One Hour Martinizing king with many stores in south central Michigan. I bounced around a little but finally finished my MBA in Accounting and had a great career as a practicing Certified Public Account.
The three of us didnt get together again until 2007 at our 50th high school reunion. Almost 65 years since our playing together on the lush grassy lawn of the funeral home. With Johns good memory and recall we had a great time reliving many of those experiences.
My wife Kay (Dailey) and I express our sincerest condolences to Johns wife and family.
Duane West
Classmate
January 22, 2018
Karen, I am so very sorry to hear of John's passing. I count myself fortunate to have had the opportunity to work with you and with John at Albion College. He represented all that is good about Albion, the City and Albion the College. Praying for you and your family.
Andrew French
January 21, 2018
Karen, I am so sorry to hear of John's passing. I have such fond memories of both you and John visiting our Albion, dear Albion. My thoughts and prayers are with you and your family.
Marie Ames
Marie Ames
January 21, 2018
Memory Eternal. My family was very closely associated with John, his family (Karen and Christopher), his brother Jim and his wonderful parents Thea Pota and Theo Nick. I spent many summers with my Godparents, Pauline and John Momtsios, in Albion when I was growing up so I have known John all my life. He was a soft spoken, gentle, energetic, enthusiastic and brilliant man. My parents, George and Vaia Costianes admired him and were very impressed with his accomplishments as well. My husband, Fr. Nik and I (Joanna Costianes Ferencz) will keep John, Karen, and Christopher in our prayers. He will be missed. May his memory be eternal.
Joanna Ferencz (Costianes)
January 21, 2018
This is devastatingly sad news. John was a hero and a superstar in every endeavor. Our deep condolences to his family.
George Ristow
Friend
January 21, 2018
We grew up with Karen, and have known John for many years. We thoroughly enjoyed staying in touch with them over at the years, especially during their trips back to Michigan. We will miss John terribly!
Don & Anita Ferguson
Friend
January 21, 2018
To follow-up on Dick Swain, the science guys were
Vournakis, Gibbon, Swain, Hurst, Hurst, Corlis, Berndt.
John is the first guy to leave the lab!
Gerst Gibbon
Classmate
January 21, 2018
It is with great sadness that I learned of John's passing. John and I were fellow chemistry majors at Albion (class of 1961). He was an excellent student and was also involved in both student activities and athletics. I've always enjoyed my many contacts withy John over the years and will miss him greatly. I send my profound sympathies to Karen and all of John's family. His was a life well lived, and he will always be remembered by those who were fortunate enough to know him as both a good person and a productive scientist.
Richard Swain
Classmate
January 20, 2018
Showing 1 - 16 of 16 results