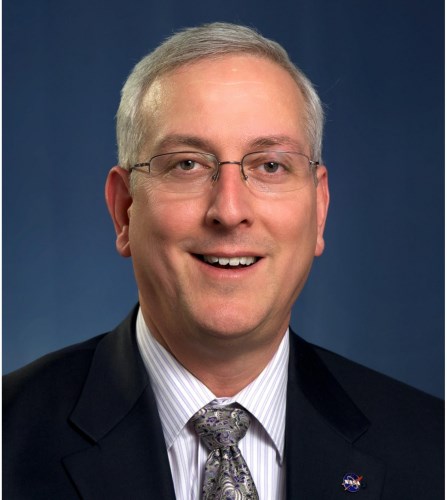 BORN
1959
DIED
2020
FUNERAL HOME
Stanly Funeral & Cremation Care - Albemarle
1835 Badin Rd
Albemarle, NC
Alan Harwood Phillips, 60, of Albemarle passed away on Monday, August 3, 2020 at home surrounded by his family following a four month battle with brain cancer. An expanded graveside service will be held at 11AM on Thursday, August 6, 2020 in the Salem United Methodist Church Cemetery officiated by Rev. David Talbert. There will be additional shelter and seating for those who attend with social distancing guidelines being observed.

Alan was born November 22, 1959 in Albemarle to the late James Alfred Phillips and Ree Harwood Phillips. He was a graduate of NC State University with a degree in Mechanical Engineering and received his master's degree from George Washington University. Mr. Phillips was a licensed Professional Engineer in the state of North Carolina.

Alan was the founding director of the NASA Safety Center and served as director until his retirement in July of last year. Prior to his selection as director of the NSC, he led Langley Research Center's Office of Safety and Mission Assurance in Hampton, VA for four years. In this position, he led and managed the Center's Institutional Safety and Mission Assurance Program and was accepted as a member of the Senior Executive Service (SES). One of Mr. Phillips' greatest accomplishments was when he received the Presidential Rank Award, which recognizes select members of the SES for their sustained excellent service. Throughout his career and travels, Alan formed deep friendships with numerous colleagues.

Mr. Phillips was often heard quoting his dad's words of wisdom to his children. He was a true family man who considered his boys his greatest achievement. He enjoyed woodworking, photography, and fishing, but was happiest with a "project". He had planned for a retirement full of travels and times with his family and friends.

Mr. Phillips was preceded in death by his parents James Alfred Phillips and Ree Harwood Phillips, and his grandparents Dewey Gilbert Harwood and Lectie Poplin Harwood.

In lieu of flowers, memorial contributions can be made to the Salem United Methodist Church building fund at 20897 NC-73 Albemarle, NC 28001.

Stanly Funeral and Cremation Care of Albemarle is serving the Phillips family.
Published by Charlotte Observer on Aug. 6, 2020.
To plant trees in memory, please visit the Sympathy Store.
MEMORIAL EVENTS
Aug
6
Graveside service
11:00a.m.
Salem United Methodist Church Cemetery
NC
Funeral services provided by:
Stanly Funeral & Cremation Care - Albemarle
MAKE A DONATION
MEMORIES & CONDOLENCES
4 Entries
We are so sorry to hear about Alan. We thought very highly of him, he's a great man. Condolences and blessings go out to all his family.
God bless him in heaven.
Friends from the Ohio Aerospace Institute
Valerie, John & Tim Hale
Acquaintance
August 10, 2020
Leslie and boys. Susan and I offer you our heartfelt sympathy on the passing of Alan. Alan was without a doubt the smartest person that I had the pleasure of working for and with during my career. He was an inspiration to me both in my professional career and in my life. He never asked more from us than he was willing to give which was always at least 110%. And oh yes, I remember the quotes from his father. You are in our thoughts and prayers.
Harold Beazley
Coworker
August 9, 2020
My sympathy and prayer to Leslie and the Phillips family. Real southern gentlemen at work at Glenn and BUMC.
Jinho Lee
Friend
August 7, 2020
My heartfelt sympathy to Leslie and the Phillips family. No words can express the emotions you all are feeling for the loss of a wonderful husband and father. I remember Alan's smile at BUMC and his voice and whit in choir practice. May all the memories you hold dear of Alan make you smile one day. God Bless and love to all. Fran McClean, Brecksville, OH
FRANCES McClean
Friend
August 6, 2020
Showing 1 - 4 of 4 results