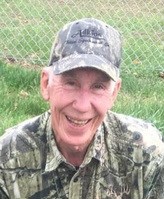 BORN
1947
DIED
2021
FUNERAL HOME
J. B. Tallent Funeral Service
1937 North Sharon Amity Road
Charlotte, NC
Eddie Adkins, Jr.
September 21, 2021
Cleveland, North Carolina - Eddie Adkins, Jr., 74, of Cleveland, NC, passed away in his home surrounded by his family on Tuesday, September 21, 2021.
Eddie was born in Harrison, West Virginia, Clay County on Tuesday, May 13, 1947. He moved with his mom and siblings to Charlotte, NC when he was 7 years old. Eddie started working one of his first jobs at 14, selling newspapers and city maps in uptown. Eddie married his wife, Judy, on July 9, 1965. He worked nights through high school at the Park and Shop and with the help of his wife, was able to graduate from West Mecklenburg High School.
He then started working at Baker Equipment as a metal fabricator where he quickly became department supervisor for 14 years.
In September 1979, Eddie made the decision to venture out on his own by purchasing a new blue and silver 1979 Ford F-150 pickup truck, which he still owns and officially started his company, Adkins Truck Equipment Co. With one employee, determination, and ambition, he gradually grew the company over 42 years to what it is today. Eddie valued and cared for all of his employees like his own family and now employs 65 hard-working and dedicated people of which the majority of them have been there for over 15 years and even some over 30. He has been a mentor and has impacted the lives of many throughout the years.
Outside of work, Eddie enjoyed hunting, fishing, farming, and spending time with family and lifelong friends, whom he loved.
Eddie is survived by his loving wife of 55 years, Judy Rushing Adkins, his children Dana Adkins Annas (Randy), DeeAnn Adkins Hager (Derrick), and Brian Scott Adkins (Melissa), his grandchildren Timothy Scott Adkins (Katie), Grayson Scott Annas, Hannah Lane Annas, Lathan Reid Hager, Lane Brian Adkins. Also, one great-grandson, Kayden James Scott Adkins. Eddie is also survived by his brother, James Darrell Adkins (Barbara) and sister, Brenda Ruppe Winslow and many beloved nieces and nephews. Eddie was predeceased by his mother, Phyllis June Lewis Langford and his sister, Judy Adkins Brown.
Memorials may be made in lieu of flowers to either the hospice organization that cared for him during his battle with pancreatic cancer, Carolina Caring, 3975 Robinson Road, Newton, NC 28658 or the American Cancer Society, P.O. Box 22478, Oklahoma City, OK 73123.
The family is planning a Celebration of Life, date to be determined, in the spring of 2022.
Arrangements by Tribute & Tallent Funeral & Cremations, Statesville, NC.

Published by Charlotte Observer on Sep. 26, 2021.
To plant trees in memory, please visit the Sympathy Store.
MEMORIAL EVENTS
To offer your sympathy during this difficult time, you can now have memorial trees planted in a National Forest in memory of your loved one.
Funeral services provided by:
J. B. Tallent Funeral Service
MAKE A DONATION
Please consider a donation as requested by the family.
MEMORIES & CONDOLENCES
Sponsored by The Charlotte Observer.
9 Entries
Judy and Family I just saw that Eddie passed on West Meck site. Kelly and I thought so much of you and Eddie. We grew our businesses together. Kelly died in 2019. It does start to get easier. Love and prayers for you all.
Sherry Watkins
October 19, 2021
May God's promise found in John 6:40, of the hope to see our loved ones again, comfort your heart and give you peace, strength, and hope in the days ahead.
J.
October 11, 2021
So sorry for the families loss. He & I went to West Meck together. Hope he did not suffer long with the cancer.
Jack Hovis
School
September 30, 2021
I can't list all the many ways I will miss Eddie. My sincere condolences to the entire family.
Clarence Batchler
September 30, 2021
My deepest, sincerest condolences to Judy, Scott, the family and all his friends. He is missed.
Mr. and Mrs. Matthew J. and Jennifer M. Cotton
Work
September 29, 2021
So sorry about Eddie. He was certainly a good man prayers for comfort and healing
Doris Dearmon
Friend
September 28, 2021
We will miss you and your true friendship, it will always warm our hearts. Love you Judy, Dana, Scott, DeeAnn and family.
Findlay & Janet Clark
September 27, 2021
I am honored to have known Eddie, he was an honorable man. In any of my business dealings with him he was always concerned about what was best for his customers and he employees. He will be missed, my condolences to Scott and the entire Adkins Family
Sean Moran
Work
September 27, 2021
We are so sorry for your loss! He was always good to me and my family. I had a lot of respect for him and his family. I wish I would have been around him and his family more. Our prayers are with the family.
Robert knight and family
Family
September 26, 2021
Showing 1 - 9 of 9 results